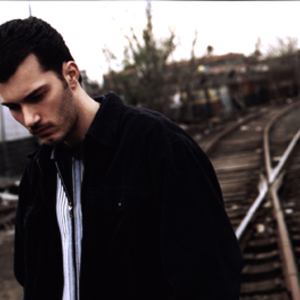 Joey Beltram (born 6 November 1971) is an American DJ and record producer, known best for the pioneering techno music recordings "Energy Flash" and "Mentasm". Though he has never belonged to any particular urban scene, he has nevertheless fascinated his audience through his musical independence. Nor can he as a ?non-Manhattaner?, be counted as part of the New York scene: ?...with my productions I have to have my own sound?.

Though he has never belonged to any particular urban scene, he has nevertheless fascinated his audience through his musical independence. Nor can he as a ?non-Manhattaner?, be counted as part of the New York scene: ?...with my productions I have to have my own sound?. His tracks present what he sees, whatever is running through his mind at the time or things he has lived through and experienced in all the years as a musician and DJ: the ups and the downs, the violence and confusion and of course, the feeling. His music carries many subtle undertones...

Joey Beltram grew up in Queens, New York, the son of a Mexican father and an Italian mother. In his tough surroundings, he stood his own ground and won the necessary respect on the street with his graffiti art. As a ?subway surfer' he belonged to a generation of kids whose images in the New York subways show obvious traces of their ?feeling for survival and life?. ?Poes? is his pseudonym, which still can be found, once in a while, as the signature under some of the big, colorful graffiti works. That urge is still there, but now he uses a different outlet for his creative energies: music. Back in 1983, at the age of twelve, he stood behind a turntable for the first time, and by 17 he had recorded his first maxi single -- for Nu Groove in New York. Then followed a series of releases for Atmosphere Records and Easy Street, NY - and Trax Records in Chicago, under the project name Cold Six (?Forgotten Moments? - 1989). This ?first official EP?, as he calls it, established contact for him with the Belgian label R&S Records, which ended up signing him to a recording contract.

At the end of 1989 Beltram went to Gent, Belgium as the first American musician to work there for a longer period. The result of his cooperation with Mundo Music as Second Phase was ?Vortex? and ?Mentasm?. ?Let It Ride?, released under the project name Direct, opened his way into the US, ?with a little detour through Europe?. But his worldwide breakthrough came with the release of ?Energy Flash? in 1990. This Techno classic also succeeded in getting the new club generation onto dance floors in no time at all, again and again. By now a 20-year-old, the album ?Beltram Vol. 1? (1991) helped to push the Techno revolution forward, and eliminated any of the early doubts that perhaps he was only a short-lived, one-hit phenomenon. At the end of 1990 musical differences between himself and label boss Renaat resulted in a mutually agreed separation between Beltram and R&S Records. Joey then concentrated on his career as a DJ, toured all over Europe and America, and continued working in his studio, even though he allowed himself a two-year break from any new releases.

In 1992, Beltram made his comeback on Warp Records with the EP ?Calibre?. Several releases followed and their success stabilized his position in the fast-moving dance scene. By 1995 he had established his long-standing relationship with Tresor Records in Berlin, releasing a succession of excellent maxi EP?s (?Gameform?, ?Instant?, ?Metro?) and the now legendary, full-length album ?Places? (Tresor.078), re-released in 1998. The same year he delivered the critically-acclaimed maxi ?Ball Park? (Tresor.090) that still retains its place in most international techno DJs? record cases today. In 1999 Beltram founded his own label STX for which he continues to record under his own name and as JB3.

Six years elapsed until his next release on Tresor. Starting with the stunning maxi ?The Beyonder? (Tresor.213) in the summer of 2004, he followed up with the album and winter world tour ?The Rising Sun? (Tresor.214) in October 2004: the new Beltram long-player brims with the physical power that earmarks his unique electronic style. "The Rising Sun" exudes incomparable freshness and sexiness that has definitely been missing last few years in electronic music.