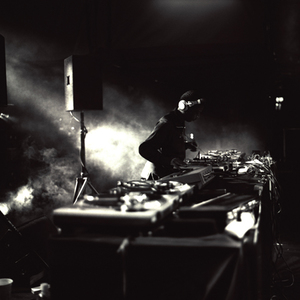 In the course of the eighties Jeff Mills was an influential radio DJ on WJLB under the pseudonym The Wizard. Mills' sets were a highlight of the nightly show from "The Electrifying Mojo," Charles Johnson. Complimenting Mojo's eclectic playlists, Mills would spin obscure detroit techno, hiphop, electro, freestyle, miami bass, chicago house and classic new wave tracks. In going on to create his own music Mills is credited with laying the foundations for legendary detroit techno collective, Underground Resistance, alongside 'Mad' Mike Banks, a former Parliament bass player.

In going on to create his own music Mills is credited with laying the foundations for legendary detroit techno collective, Underground Resistance, alongside 'Mad' Mike Banks, a former Parliament bass player. Just like Public Enemy did some years before in hiphop, these men confronted the mainstream music industry with revolutionary rhetoric. Dressed in uniforms with skimasks and black combat suits, they were ?men on a mission', aiming at giving techno more content and meaning.

Mills would never leave UR officially, but later on he still went his own way. He moved to New York and after a short stay in Berlin (recording for Tresor) ended up in Chicago. There in 1992, with Robert Hood, he set up his most important record label, Axis, aiming for a simpler more minimal sound than most of the techno being produced in those years. Later sub-labels were announced Purposemaker, Tomorrow, and 6277.

His albums and EPs are mostly separate tracks of his compositions, which Mills would mix into the live DJ sets for which he became a legend. Mills has been credited for his exceptional turntable skills. Tracks are almost chopped to bits to showcase the strongest fragments for his relentless sound collages. Three decks, a Roland 909 drum-machine and seventy records in one hour: at breakneck speed Mills manipulates beats and basslines, vinyl and frequencies. The live album "Mix-Up Volume 2" is a highly-regarded example of Mills' 1990's stage show (recorded at the Liquid Room in Tokyo). For a later live show (in 2004) try the "Exhibitionist" album.

More recently he appears to be taking extended forays into epic techno (such as his re-scoring of Metropolis (which he performed live with the original film) and his 16 September 2004 7 hour set with Laurent Garnier at Fabric. The epic proportions were further extended when his 2006 album "Blue Potential" was recorded with the Montpellier Philharmonic Orchestra under Alain Altinoglu. There is a DVD of the concert at which the album recorded, an opportunity to see Mills in action, live on stage.

Moon: The Area Of Influence

And Then There Was Light Sound Track

Trip To The Moon

Woman In The Moon CD3

Woman In The Moon CD2

Woman In The Moon CD1