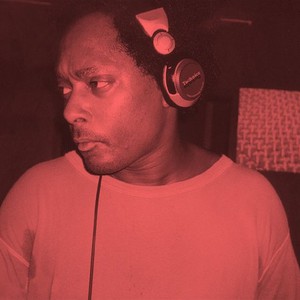 Derrick May, also known as Mayday and Rhythim Is Rhythim, is an electronic musician from Belleville, Michigan U.S.A. He was born an only child in Detroit in 1963 and began to explore electronic music early in his life. Along with his Belleville, Michigan high school friends Juan Atkins and Kevin Saunderson, commonly known as the Belleville Three, May is credited with developing the futuristic variation on house music that would be dubbed "techno" by Atkins.

May's career started in 1987 with the release of a record called "Nude Photo" (co-written by Thomas Barnett), which helped kickstart the Detroit techno[/trag] music scene. A year later he was following it with what was to become one of techno's classic anthems, the seminal track "Strings of Life," which was named by Frankie Knuckles.

May has not released any original solo recordings since 1993, but has also produced numerous remixes and has re-worked his older material for video game and movie soundtracks, including, most recently, music for the new film of the popular combat video game Tekken.

For two years, in 2003 and 2004, he was given control of Detroit's popular annual electronic music festival, originally conceived by Carl Craig and Derrick May, now operated by Paxahau. He named his event Movement, replacing the Detroit Electronic Music Festival along the city's riverfront.

Derrick May also still maintains a steady performance schedule, playing internationally many weekends. A pioneer of techno, he is a modern day bluesman producing what he calls Hi-Tek Soul or "George Clinton meeting Kraftwerk in an elevator."

Innovator: Soundtrack For The Tenth Planet