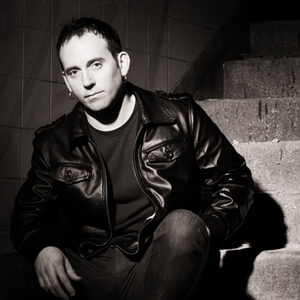 Dan's lengthy musical quest began amidst the inception of the techno/electro phenomenon of the early 1990s. From his hometown of Cleveland, Ohio Dan experimented with a vast number of styles, producing innovative sounds of every variety: from Chicago to Detroit to the East Coast. Dan's considerably impressive discography dates back to 1992 when his first releases on Detroit's 33 RPM Records and Belgium's Buzz motivated him to launch his own production hub: Metamorphic Recordings.

His unwillingness to commit to a singular style was instrumental to his continuously fresh releases on big players such as Peacefrog, Strictly Rhythm and Sublime, while his forward-thinking approach brought him tremendous support from the likes of Carl Cox, Jay Haze, Efdemin and many more.

In 2003 Dan decided to focus on a ?funkier? production sound while his creative instincts provoked him to make a quick change to a the more fast-paced music scene of Berlin, a city powerfully cranking out fresh ideas and young creations. This creative move soon triggered a string of new releases on young, happening labels such as Turning Spork, Klang Elektronik, Soma, Leena and mobilee.

Over 70 singles, nine albums and 17 years later Dan is just as innovative and fresh as he has ever been. His refusal to lock himself into one style as well as his unique ability to collaborate with artists from a variety of genres has helped him to maintain not only his status as an individual amongst a world of ever-increasingly like-minded musicians but also his status as a legend over nearly two decades.

The Waters Of Mars (EP)

It's All In Your Mind (VLS)

We Are The Ones We've Been Waiting For