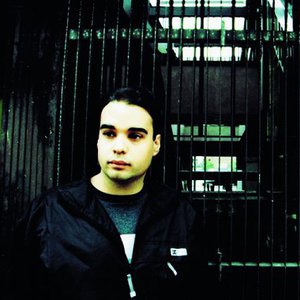 Los Angeles DJ and producer Tejada (* in Vienna, Austria on April 21, 1974) has been releasing minimal techno since the early '90s, often finding himself lumped alongside Detroit techno maverick Matthew Dear. These days, expanding on his formidable resume, Tejada creates ethereal electronic jangle and harmonies (think Depeche Mode dream pop and the classic songwriting of Johnny Marr) that complement each other and offer a good reason for living.

California-based John Tejada is easily one of the most productive DJ/producers in modern dance music. While most of his colleagues work on establishing a signature sound within one specific genre, John Tejada works in all genres simultaneously. Whether house, techno, electronica or drum & bass, every scene gets something from this multitalent, and Tejada manages to move within each field as if it were his own. Recently he surprised everyone by revealing yet another facet to his already impressive ability: he released an album on the Berlin label City Centre Offices with Japanese guitarist Takeshi Nishimoto, under the project name "I'm Not a Gun". The album impressively demonstrated that Tejada can make a place for himself in post-rock circles as well, mixing electronic and acoustic sounds in the Tortoise tradition.
(discogs.com)

Year Of The Living Dead