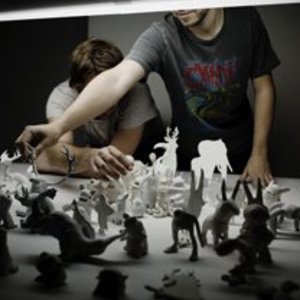 Minilogue are a Swedish Progressive House/Tech-House/Minimal Techno music project of Sebastian Mullaert and Marcus Henriksson. The name is a portmanteau of minimal (the musical style) and dialogue, which refers to music as a form of communication. Beside their music production as Minilogue, they are both involved in the projects Son Kite and Trimatic, and Sebastian has the soloprojects Kooler, Filur and Ooze. Sebastian Mullaert and Marcus Henriksson came from opposing backgrounds.

Beside their music production as Minilogue, they are both involved in the projects Son Kite and Trimatic, and Sebastian has the soloprojects Kooler, Filur and Ooze.

Sebastian was trained as a classical musician playing the organ, piano and the violin among other instruments. He even became involved in teaching them until his coming of age at 18 when he formed a band and began experimenting with the sounds in a more contemporary way.

Marcus lived on a diet of Kraftwerk and the Human League until realising his true calling in the techno parties of the 90s. Through promoting parties he moved on to become one of the bigger DJs in Southern Sweden. It was in a party where they met and decided to combine Sebastian's musician's perspective and knowledge with Marcus? DJ skills and experience from the scene.

They got together in 1996 and after 10 years in the music business under successful guises such as Son Kite and Trimatic, Marcus & Sebastian are now Minilogue - an animalistic music concept without the boundaries of genres.

They hail from Malm?, a city situated in south Sweden. Through the years their music has expanded and moved through a variety of sounds appealing across the board of electronic music.

Their recent material touches on influences from a simplistic early 90s sound of electronica, filled with warped and wondrous sounds creating textures with true depth and portraying a true sense of the duo's vision.