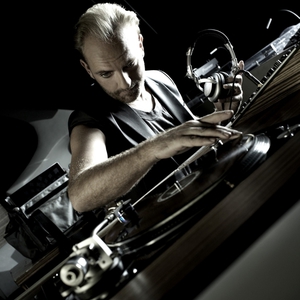 Sven V?th (born 26 October 1964, Obertshausen, Germany) is a Frankfurt based DJ who has produced an extensive range of work since his career began in 1982. From 1985, he was part of the band OFF (acronym for Organization for Fun) which released the hit "Electrica Salsa" in 1986. He was also one of the founders of trance music labels Harthouse and the now-defunct Eye Q,[1] as well as being among the first DJs to play trance records.

In 1995 Mixmag rated his album Accident in Paradise one of the top-50 dance albums of all time; although the title track is a fast techno piece, the rest is far more sedate, such as the track "Coda," which features merely a flute and a harpsichord.
V?th is also known as "RU Ready" and "Sam Vision". He has been a member of the groups 16 Bit, Astral Pilot, Barbarella, the Essence of Nature, Metal Master, Metal Masters, Mosaic, and Off. Today he is the owner of the Cocoon Music Event GmbH, which contains his Label, Cocoon Recordings. He is also a shareholder of the Cocoon Club in Frankfurt.
Sven V?th is mentioned in the song Hyper Hyper by German hard dance band Scooter.

Sven Vath In The Mix - The Sound Of The 18Th Season

Sven Vath In The Mix - The Sound Of The Fifth Season