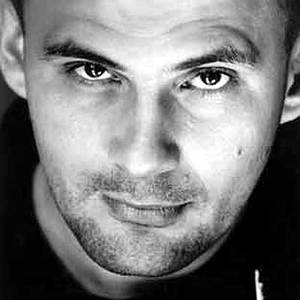 WestBam, an alias for Maximilian Lenz, was born on 4 March 1965 in M?nster, Westfalen, Germany. Not only is he Germany's most successful and most popular DJ and avant-gardist of the Raving Society, he is also the most innovative producer and co-founder of Berlin's Indie Dance label, Low Spirit. 1983-1990 1983 marked the beginning of his DJ career in the Odeon Club in M?nster. In 1984 he made a permanent move to Berlin which was still divided by the Wall.

1983-1990
1983 marked the beginning of his DJ career in the Odeon Club in M?nster. In 1984 he made a permanent move to Berlin which was still divided by the Wall. WestBam started as DJ at Berlin's famous Metropol and his sophisticated mixing techniques brought him fame far beyond the borders of the divided city.

In 1985 WestBam worked with Klaus Jankuhn to produce his first 12" entitled "17" which was inspired by Paul Hardcastle's "19", one of the first sample hits of the time. One of the climaxes of those early years was undoubtedly his performance at the 1988 Olympic Games in Seoul (South Korea) where he gave a German cultural contribution at the invitation of the Goethe Institute.

In 1989 he made his first album "The Cabinet". This was the first DJ-concept album to be launched on the German market. This album included the number "The Roof Is On Fire" and brought the breakthrough for DJ WestBam
as well as Low Spirit Recordings.

1991-1995
After that things really started moving. "Monkey Say Monkey Do", "And Party" and "No More Fucking Rock'n'Roll"
are just some of the titles known to everyone who danced not just in German discos at the time.

1991 saw the arrival of his second album entitled "A Practising Maniac At Work". The first Mayday also took place in
1991 (14 December) and WestBam was decisively involved in the artistic concept of this and the following Maydays. WestBam and Klaus Jankuhn teamed up under the name "Members of Mayday" to produce an anthem for each Mayday event. These Mayday anthems are so popular that they have now reached cult status.

WestBam's album "Bam Bam Bam" appeared in 1994 containing one his most successful singles, to date,
"Celebration Generation" (21 Media Control Charts). The album "Bam Bam Bam" even reached fourteenth
place in the German LP charts and sold over 140 000 times in Germany.

In 1995 WestBam again entered the charts with the remix of the Yello classic "Bostich". The first Members Of Mayday LP entitled "Members only" appeared with all the "Members" hits. In the same year WestBam, Koon and Stephenson cut "Always Music". For this production the two famous studio stars WestBam and Jankuhn joined forces with the Belgian DJ, Axel Stephenson (Bonzai Rec.).

The highlight of 1995 was unquestionably the tenth anniversary of the Low Spirit label commemorated by the double CD "The Age Of The DJ Mixer - 10 Years Of Low Spirit" which included ten titles with WestBam.

In mid-1996 he released "Terminator", a clear-cut electronic track that rose quickly to the accustomed popularity in the club scene.

WestBam's next release "Born To Bang" came in November 1996. This track demonstrates yet again the diversity of Max Lenz's musical talents, and shows that WestBam is by no means a dedicated follower of fashion but a genuinely creative trendsetter.

As a DJ, Maximilian Lenz is now known and in demand around the world. He already looks back on many successful tours of the USA, Japan, Australia and Africa. He is regular DJ performer at the Berlin Club "E-Werk" and his gigs at the Mayday events twice a year are always among the highlights.

Without exaggeration, WestBam has had a decisive influence on the techno house cultural movement and his creative impulse is still very much alive and kicking.

In the end of 1997 WestBam released a single called "Hard Times".

WestBam released a single in February 1998 and the name of that single is "Crash Course".

In November 1998 the single "WestBam vs Afrika Bambaataa presents I.F.O. - Aghartha - The City Of Shamballa" was released.

Together with Dr.Motte WestBam released a single called "Music Is The Key (Loveparade 99)".

In December 1999 the single "Do The Rambo" was released.

In June 2000 WestBam released a single together with Dr Motte, called "Love Parade 2000".

WestBam released an album called "Right On" on September 9th, 2002.

Westbam and Afrikan Islam released the single "Dancing With The Rebels" on February 16th, 2004.

You Need The Drugs (MCD)

Do You Believe In Westworld

Wizards Of The Sonic