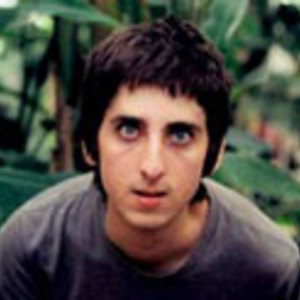 James Holden is far from your average DJ-producer. The wunderkind James Holden has finally come of age, and has delivered up the debut album to prove it: and at 28, about time too! For although the world seems strangely intent on fixing him in his early twenties (or more specifically, a series of internet sites who have seemingly overlooked the fact that biography ages require a yearly update!), the time has come to acknowledge that DJ and producer James Holden is not quite so young anymore.

The wunderkind James Holden has finally come of age, and has delivered up the debut album to prove it: and at 28, about time too! For although the world seems strangely intent on fixing him in his early twenties (or more specifically, a series of internet sites who have seemingly overlooked the fact that biography ages require a yearly update!), the time has come to acknowledge that DJ and producer James Holden is not quite so young anymore. The timely release of Holden's 'The Idiots Are Winning' mini-album in 2006 marked the occasion, and formed a fitting musical illustration of Holden's new-found maturity.

Still reluctant to bestow upon it the accolade of 'debut album', for Holden himself 'The Idiots Are Winning' remains an EP which grew out of control: take four dancefloor-length Holden tracks, mix in the obligatory DJ tools and alternative versions that he is so keen on, and an interlude or two for good measure, and you have far exceeded the single realm and are pushing into album territory. Not that the manner of its creation should affect the listening experience: Holden's intricate and inimitable production style ensures a coherence of atmosphere, where even DJ-friendly extended intros hold up to home-listening scrutiny. The Guardian went so far as to proclaim it "the most astonishing debut in electronic music since Boards of Canada's Music Has the Right to Children." And who are we to argue?

The producer James Holden's journey to this point began back in 1999, aged just 19, when he burst onto the UK scene with the exuberant teenage trance hit 'Horizons'. Produced on a basic home computer set-up and the freeware music program Buzz whilst still studying towards a Maths degree at the University of Oxford, the young punk's overnight success was a slap in the face for the audiophile establishment, and went some way towards opening doors for the legions of young bedroom producers who have now become the mainstay of the dance world. The floodgates had opened, and an intensive course of remixing, djing, production and collaborations extended before Holden in place of the conventional Oxford graduate career path.

But if the axis of English (and those related countries which take their lead from the Anglo-American progressive house and trance scenes) took to Holden overnight, the rest of the world took a little longer to convince. It was not until the launch of his own Border Community label in 2003, kicked off in fine style with his own future anthem 'A Break in the Clouds', when key players in the hugely influential German scene began to sit up and take notice. Having found himself wedged rather uncomfortably between the prog and trance scenes in his native UK, this entrance into the German market represented a new-found freedom for Holden, and the non-generic approach to making melodic electronic music which he found amongst many of his peers in Cologne and Berlin finally had him feeling right at home. A string of hugely-influential and often-imitated monster remixes of everyone from Madonna and Britney Spears, through Depeche Mode and New Order, to Nathan Fake and Kieran Hebden and Steve Reid cemented his place as a mainstay of DJ record boxes everywhere, and Holden's global dancefloor domination was complete.

Originally founded to offer a restriction-free outlet for Holden's own music, as well as serving as a launch pad for the production careers of his talented friends, the rather fanatical cult of Border Community which has sprung up around Holden's own label has of course been essential in achieving this independence from the narrow limitations of genre-specific music. The accolades due to Holden's Border Community baby include bucking the trend of declining vinyl sales in a major way, unleashing a whole host of idiosyncratic dancefloor classics on the world, kickstarting the careers of many a young musician, and making serious inroads on the realm of the artist album with offerings from Nathan Fake, Fairmont and Holden himself. Now in its fifth year, Border Community is firmly established as one of the foremost breeding grounds for fresh young electronic talent, thanks to their small but faithful army of free-spirited genre benders who between them have injected a new life into the European scene.

The best place to catch a glimpse of the soon-to-be-massive delights yet to come from his Border Community label is of course a James Holden DJ set, where his tireless dedication to hunting down the next wave of young production talent meets his own sense of exemplary taste in selecting tracks from other labels to bring his unique vision of what club music ought to be to life. Barely coming up for air between his non-stop sampler and CDJ wizardry, Holden is a very modern sort of DJ, brazenly uniting tracks from music's past and present, disregarding genre, confounding the purists and making club hits out of many an unwitting dancefloor virgin. His supreme and unrivalled command of the modern technology available to him allows Holden to go where other DJs fear to tread, consistently pulling off daring mixes on-the-fly which just wouldn't be possible on a conventional two turntable set-up. And so distinct is the resultant sound that your average conservative dance music night can barely contain it, which is why James Holden is often best experienced alongside his edgy labelmates at one of his many Border Community label nights, at The End in London, and beyond.

Between a hectic touring schedule which has taken in just about every corner of the world, running his Zeitgeist-defining label, and his status as hugely in-demand remixer du jour, it is little wonder that Holden's own original productions have occasionally seemed a little thin on the ground. But something has got to give if Renaissance man Holden is ever going to finish his next album, which is why his plans for 2008 feature a scaled down set of DJ dates and a strictly-enforced remix embargo. With that all-important studio time freed up, the time has come to begin plotting the next chapter in the James Holden story.