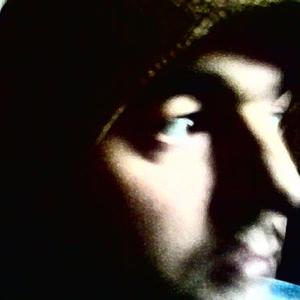 there are at least two bands with the name metamatics. 1) a dc band active in the 90's featuring chuck bettis. 2) Lee Norris was born Le Nonriz in Strasbourg on the French-German border in 1963. In 1970 while on a school field trip to the Arndale Centre in Manchester, England he became distracted whilst wetting himself and got seperated from the group and subsequently lost. Before long he had adopted a slouch typical of the area and had started speaking french and german, his native tongues, with a decidedly Mancunian accent.

1) a dc band active in the 90's featuring chuck bettis.

2) Lee Norris was born Le Nonriz in Strasbourg on the French-German border in 1963. In 1970 while on a school field trip to the Arndale Centre in Manchester, England he became distracted whilst wetting himself and got seperated from the group and subsequently lost. Before long he had adopted a slouch typical of the area and had started speaking french and german, his native tongues, with a decidedly Mancunian accent. "Ja mein cheri, ich liebe le chips and gravy." After mastering English eventually he gained full British Citizenship in 1975, he celebrated by moving to North Wales where under indecipherable Welsh law it's technically illegal to be English. The young Lee desperately wanted to continue his French-German hobby of singing in a band, in an attempt to remain unidentified as an English boy he decided to switch to playing the synthesizer, he bought a red Roland SH-101 from a confiscated goods auction in Bala and the rest.. is history.
Lee has his own radio talkshow on Radio Exeter, his theme tune which is always played in it's entirety is 'That Sunday, that summer' by Nat King Cole, one of Lee's favourite ever songs. Topics on the show vary from week to week but usually relate in some way to Gary Numan, who is usually the guest.
Lee drives a 2004 BMW 745i, in his efforts to throw off stalkers or the 'greys' he never drives home the same way twice, the fields surrounding his secluded Devon house are scarred and rutted and the hedgerows almost totally destroyed by his efforts to get home in peace.
Lee, like all musicians has vowed to never have a real job, to never do an honest days work in his life. He accomplishes this with his day-job as an Engineer for British Telecom.
As a youth Lee was a celebrated grafitti artist using the tag 'quoi?'.
Lee squeals like a distressed pig for up to 45 minutes if woken before 9am. He is receiving treatment for this but a cure seems far off, it is especially difficult when suffering from jetlag in Japan or such.
Lee recently played for the RAF troops stationed in Kuwait, they had wanted Gary Numan but due to an admin error got Lee. He came onstage dressed in a pink latex cape, pink latex mask and pink latex flares, with 'SCREAMING FOR ACID' scrawled on his generous belly in bright red lipstick. He started with his electro version of New York by the Sex Pistols and then segued into a Merzbow medley. The gig finished early after he was shot at and suffered a direct hit to the bong.
Like a dog Lee can tell exactly where you've been and what you've been doing by putting his head between your legs and having a good sniff. The similarities with dogs end there though, Lee prefers to think of himself as 'catlike', he admires them for "hanging around like moody cunts and then staying awake all night worrying that there's something outside going to get them".
Lee has been immortalised in more than just synthesizer music, his image was used as the last level boss in the Gamecube software 'Viewtiful Joe'.
Lee's label Neo Ouija was originally called Yes Oui Ja. These being the words for yes in all the languages Lee spoke, and yes being his favourite word. The change occured when he got drunk and forgot what he had already decided on for the first word.
Lee dislikes every band that ever came out of Manchester and Strasbourg except Frank Sidebottom. Regarding Joy Division he noted' no wonder he killed himself', likened The Smiths to a 'bunch of fucking twats' and Happy Mondays are simply 'car thieves, glue sniffing car thieves'. As a youth he preferred the Basildon Bass scene of heroin addicted tesco dave and leather skirted mr Gore.
Lee has many favourite drinks, recent choices include the 'swimming pool' (white rum, blue curacao and coco syrup), the 'white russian' ( vodka and the short one out of Tatu) and the 'savage flashback' (equal parts ignited Drambuie, skunk and an audience). But his absolute favourite will always remain Clog wine, imported at great expense from the Alsace region of his earliest years to his first real home in Vowelless, Wales, this was the taste that he formed his empire on. To this day Lee is still capable of drinking the last few inches from the generous 1.5 litre bottle long after everyone else had decided on their excuses why they don't have to.