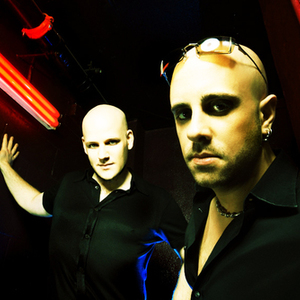 Deepsky is an electronic band based in Los Angeles. Originally from Albuquerque, New Mexico, the band formed in 1992 when its two founding members, J. Scott Giaquinta and Jason Blum, met at the University of New Mexico. Between 1994 and 1996 they concurrently comprised the Dayspring Collective with Shawn Parker, whom together released a CD on Fragrant Music titled Spark in 1997. J. Scott Giaquinta left the band in November 2006. Jason Blum retains the name 'Deepsky' as a solo artist.

Deepsky's first commercial vinyl, the "In My Mind" EP, was released in 1996 on Rampant Records. The title track was picked up by Nick Warren for inclusion on the Cream Live 2 compilation and set the stage for recognition by other international DJs. After moving to Fragrant Music, Deepsky released the "Stargazer" single in 1997, a hugely successful track which enjoyed global success and made appearances on compilations by top DJs including John Digweed, DJ Micro, and John '00' Fleming. Deepsky released a full-length album on Kinetic Records in 2002, titled In Silico, which features a progressive sound that differs greatly from the group's early work.

With the closure of Kinetic Records in 2003, Deepksy's follow up record, tentatively titled Future Perfect, found itself in limbo. Nevertheless, a handful of singles from Future Perfect have found their way to market in spite of this setback. Yo! Records, a sub-label of Deep Dish's Yoshitoshi Records, released "Talk Like a Stranger" in August 2004. Proton Music distributed "Lost in the Moment" as a digital-only release in 2005, Toronto-based Release Records released "Ghost" in July 2006, and Baroque Records released "Brambledog" in November 2006.

Always On My Mind CDS

Lost In The Moment (With Marc Mitchell)