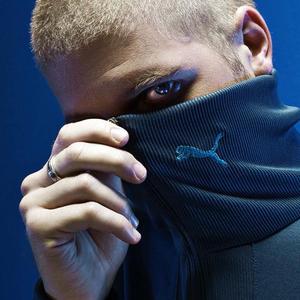 Growing up in a log cabin in rural Vermont, Morgan Page began composing electronic-oriented music at the age of 14. By 15, his work appeared on local college radio and commercial stations in his hometown of Burlington, and began to spread to other cities. Towards the end of high school, Morgan got his own radio show at The University of Vermont, filling in for a friend on a popular Saturday night slot. This turned into a weekly endeavor that introduced Morgan to the vast assortment of electronic music that came by the boxload every week.

After hearing Terry Lee Brown Jr.'s "Chocolate Chords", Swayzak's "Snowboarding in Argentina" and Barada's "Strategies For A Deeper Design" tech-house soon became an obsession and a way of life. During the summer of his last years in high school Morgan interned with Rick Salzer at Plastic City in NYC, who introduced him to the music of Timewriter and the world of the music industry. Inspired by the sound and vision of Plastic City, Morgan saved up all his money and began buying studio gear.

Armed with an Akai MPC2000 and a few borrowed synthesizers Morgan wrote the Maple Grooves EP on a sweltering August evening for Salzer's Fiji imprint and never looked back. Morgan later continue his college radio career at WERS 88.9 FM in Boston, hosting a weekly mixshow for three years and becoming station manager of the largest and most influential college radio station in the country.

Currently, Morgan lives in Los Angeles. Stay tuned for the launch of his label and several upcoming original releases and remixes later this summer.

Against The World (With Michael S.) (CDS)

Carry Me (With Nadia Ali) (CDS)