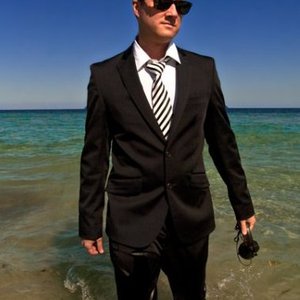 Riberto Louis Rivera, better known as Robbie Rivera, is a prolific house music producer and DJ born in Puerto Rico. He has an extensive catalog of original productions and remixes to his credit, ranging from tribal to progressive house, as well as incorporating garage and latin elements. As a solo artist he has hit #1 on the US Hot Dance Music/Club Play chart 3 times: in 2003 with "The Hum Melody", in 2004 with "Burning" and "Which Way You're Going".

He has released music under various pseudonyms, including Rhythm Bangers, The Wicked Phunker and 68 Beats. He was also one half of the dance music duo Soul Logic, one of his various projects with producer Chico Secci.

Dance Or Die: The Album