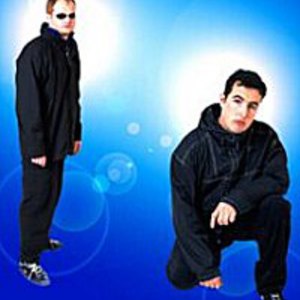 K-Klass are a house music group from Wrexham, North Wales. Signed to Deconstruction Records, an offshoot of Parlophone Records, the members are Andy Williams, Carl Thomas, Russ Morgan and Paul Roberts. Williams and Thomas, from Wrexham, teamed up with Morgan and Roberts, from Chester, after meeting at The Ha?ienda in Manchester during the 1980s.[1] We all met at the Hacienda in 1988. We had met before, though. Me and Carl had done some gigs in Chester supporting 808 State.

We all met at the Hacienda in 1988. We had met before, though. Me and Carl had done some gigs in Chester supporting 808 State. Andy and Carl were already pretty established, but we had no gear at the time - it was basically an SH-101 and a little Tandy mixer. - Paul Roberts[2]

After recording the "Wildlife EP", K-Klass's first major hit was Rhythm is a Mystery, sung by Bobbi Depasois, released in 1991. The tracked reached number 3 in the UK chart. Let Me Show You reached number 13 in 1993. Subsequently, the band purchased a disused Royal Observer Corps underground bunker in Borras for use as a recording studio.[3] They have released two albums, "Universal", featuring the vocals of Bobbi Depasois, and "K2". In 1995, K-Klass won the I.D.A Best International Remixer award; the first ever UK artist to do so.

K-Klass have played many live events, including stints at superclubs in Liverpool, Sheffield, Hong Kong and Ibiza.[4]

Since then, they have also been involved with producing and remixing tracks by other artists. K-Klass were one of the producers on the Pet Shop Boys album, Bilingual, and have also produced for Candi Staton, Rebekah Ryan and Rosie Gaines.

The group have remixed tracks by varied dance and pop artists including Sunscreem, Kylie Minogue, Geri Halliwell, S Club 7 ("Bring it All Back") and M People. Their remix of Baby Come On Over by Samantha Mumba was nominated for a Grammy Award in 2002 in the "Best Remix" Category.[5]

Rhythm Is A Mystery (MCD)

Let Me Show You (MCD)