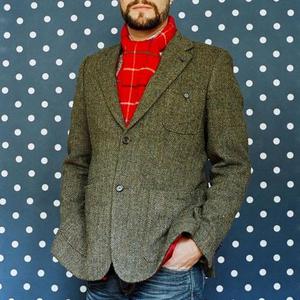 Lionrock were a house/big beat act and are the brainchild of DJ / record producer Justin Robertson (b. 11 Jun 1968 - aka The Prankster & The Deadstock 33's). His career has taken many twists and turns - beginning as a Manchester DJ & his early-90s clubs, Spice & Most Excellent (influential cornerstones of the dance movement). The Chemical Brothers, then students in the city, cited him as their mentor. His Rebellious Jukebox club - also in Manchester - pre-empted the Heavenly Social and the mid 90s trend for mish-mashing musical styles.

In the 1990s Justin generally operated under various guises, the most renowned being Lionrock with whom he scored several Top 40s hits - 'Rudeboy Rock' and 'Packet Of Peace' among them - and appeared on Top Of The Pops in a dashing purple suit opting for gramophones over Technics. Songs were plucked from the albums Instinct For Detection and City Delirious for the films Go and City Of Industry and Lionrock shared the stage with acts as diverse as Death In Vegas, The Chemical Brothers and the Cocteau Twins. It wasn't until 2001 that Justin stepped out under his own name releasing house and techno like 'Have Mercy' for the Bugged Out imprint. In 2001 he recorded his most critically acclaimed project to date Justin Robertson presents Revtone which brought primitive house and new wave disco into the digital age. Originally on Nuphonic the best tracks came out through Bugged Out, with 'Love Movement' - remixed by Ulrich Schnauss who cited Justin's early work as an influence - being placed second best single of 2003 by Jockey Slut magazine. Contemporaries Black Strobe, Chicken Lips and Kiki also remixed Revtone tracks. Expect the second chapter from Revtone in 2007 as Justin is busy on new material with Mark Ralph. For someone with such diverse tastes it should have come as no surprise to anyone when Justin began recording and singing with a guitar. He has been writing songs since his school days and played electric guitar in Lionrock. 2004's 'Twisted and Torn' (released on Slut Smalls) reflected his love for singer songwriters like Neil Young and Nick Drake. In the same year he also wrote a song with Tim Burgess and Rob Playford called 'Yes It Is'. It became one of the most requested songs on Sean Rowley's BBC London show and came out on Justin's Blister Ballads 7? label in the fall of 2006. As a man as reknowned for his reggae collection as his electronica Justin was an obvious choice for Wall of Sound's Two Culture Clash album project. He recorded in Jamaica in 2005 at the legendary Gee Jam studios with the lovers rock of 'Save Me' - featuring guitarist Ernest Ranglin and Nadine Sutherland - the beautiful result. As a DJ Justin plays a mix of techno and electronic house at clubs such as The Loft in Barcelona, Pacha in Buenos Aires, Bugged Out in Manchester, Shine in Belfast, Chibuku in Liverpool, Together at Turnmills in London, and at various clubs all over Europe and the rest of the world

She's On The Train (CDS)

Fire Up The Shoesaw (CDS)

An Instinct For Detection CD1

An Instinct For Detection CD2