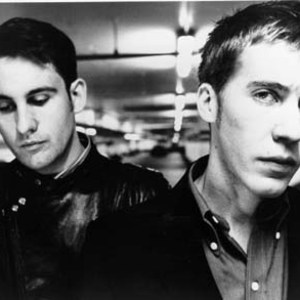 Death in Vegas are a psychedelic rock and electronic band from the United Kingdom, currently comprising two permanent members: Richard Fearless and Tim Holmes. Influenced by a wide range of musical genres including psychedelic rock, electro, krautrock, dub and industrial, the band's sound is constantly in flux, moving between live acoustic and electronic sounds. The band was formed in 1994 by Fearless and Steve Helier and signed to Concrete Records under the name of Dead Elvis.

Due to objections from the Elvis Presley estate, they were forced to change the name, and instead Dead Elvis became the name of their debut album. The music is sometimes energizing, sometimes soothing and always intense. Edgy electronics.

For their second album, The Contino Sessions, Death In Vegas invited some guests to do the vocals. Bobby Gillespie (Primal Scream), Iggy Pop and Jim Reid (of The Jesus & Mary Chain) all appear on this brilliant album. Also singing both lead and backup vocals is Hope Sandoval from Mazzy Star. They have also featured Liam Gallagher, lead singer in the British rock n' roll band Oasis

The Best Of Death In Vegas

Milk It (The Best Of Death In Vegas) CD2

Milk It (The Best Of Death In Vegas) CD1