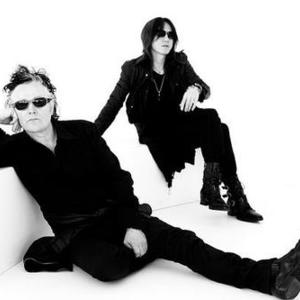 Juno Reactor is an electronic psytrance group, often known for its world fusion influences and currently consists of Ben Watkins and Mike Macguire. At one time or another, Juno Reactor also included Johann Bley, stephen holweck and Jens Waldenback. Juno Reactor was formed in 1990 by Ben Watkins and Stephen Holweck. The group came together as an experimental ambient project in order to record an accompanying soundtrack to sculpture artist (and Watkins' girlfriend) Norma Fletcher's art installation and performance piece called "The Missile Project".

Juno Reactor was formed in 1990 by Ben Watkins and Stephen Holweck. The group came together as an experimental ambient project in order to record an accompanying soundtrack to sculpture artist (and Watkins' girlfriend) Norma Fletcher's art installation and performance piece called "The Missile Project". The centerpiece of the project was a 70-foot decommissioned missile, nicknamed "Juno Reactor", which the band rolled around London while playing its music to raise awareness about nuclear war. According to Watkins, "[it] was blue concrete. And it looked like a dinosaur tail. And a smoke came out of it." [1] The project took over a month to complete; however, the exhibition lasted only several hours, as London police arrived, breaking up the display and arresting all members of the project. The music was eventually released as Juno Reactor's second album, Luciana.

In 1993 Juno Reactor released its first single, "Laughing Gas", on NovaMute. The single was soon followed by their debut album, Transmissions. The album, reckoned a huge success, is considered one of the first albums in the Goa Trance genre. Later the band released Luciana on Alex Paterson's (The Orb) Inter-Modo label. Juno Reactor left NovaMute and Inter-Modo in 1995 and signed to UK's Blue Room Released label for the Guardian Angel single. Their album Beyond the Infinite followed in 1996.

The 1997 release on Wax Trax! Records/TVT Records, Bible of Dreams, was Juno Reactor's fourth album. Its sound diverged sharply from those of the previous albums and moved away from traditional dance beats by including tribal music influences. Watkins collaborated with Amampondo, a traditional South African percussion act, on the single "Conga Fury". Ben Watkins and Amampondo followed up with a five week U.S. tour as the opening act for Moby. In 1998 Juno Reactor played a stunning live set with Amampondo at Glastonbury Festival. The group has played as headliners each year at Glade Festival, the Glastonbury spinoff.

Watkins released the fifth Juno Reactor album, Shango, in 2000. It was the band's first album on Metropolis Records. The first track, "Pistolero", was a collaboration with guitarist Steve Stevens (Billy Idol). The track opened up an entirely new direction for Juno Reactor. The same song was featured in the trailer for the movie "Once Upon a Time in Mexico", as well as in the film itself. In the fall of 2002, Juno Reactor released a new single titled "Hotaka", recorded in a Japanese studio overlooking Mt. Fuji. "Hotaka" once again featured Steve Stevens on guitar and included traditional Taiko drummer Gocoo. In 2003, the Odyssey 1992-2002 album was released as a compilation of the best Juno Reactor tracks of the past decade.

The latest Juno Reactor album, Labyrinth, was released in October 2004 and featured Watkins' work from the Matrix films. The new album once again confirmed the tribal music influences present in Juno Reactor's work, with tracks like "Conquistador II".

In 2006 Ben Watkins was hired to produce the OST for Brave Story (a children's anime movie). The Soundtrack was released in July 2006 by Sony, Japan, though printed in very limited numbers.

The group may soon release an EP entitled ?Superman ? the immaculate Crucifixion', featuring experimental works. One of the EP's tracks, City of the Sinful, is co-written and sung by Ghetto Priest, who also provides the vocals for Asian Dub Foundation.

In Oct 2006 Juno reactor performed a taped concert in Tokyo. Including an extended lineup and some new work, this show will be featured in a forthcoming tour DVD.

2008: A new studio album called "Gods & Monsters" is set to be released in March. Also, a new DVD entitled "Juno Reactor - Audio Visual Experience" will be released this year.


Their remix of Traci Lords' song "Control" as an instrumental was featured on the soundtrack for the Mortal Kombat movie. They returned for the sequel Mortal Kombat Annihilation with tracks like "Conga Fury". Later, the group, in collaboration with Don Davis, had a number of tracks featured on the soundtracks for the Matrix series of films (most notably the famous freeway chase scene in The Matrix Reloaded, which featured "Mona Lisa Overdrive", as well as the Animatrix, which featured the track, "Masters Of The Universe" on the segment, "Kid's Story" and "Conga Fury (Animatrix Remix)" on the segment, "Final Flight of the Osiris" ). Their single "Guardian Angel" was featured as the opening theme of the anime series Texhnolyze. "Guardian Angel" was also featured in the movie Drive starring Mark Dacascos and Kadeem Hardison. Other Juno Reactor tracks appear on movies such as Eraser, Virtuosity, Lost In Space, the Romeo + Juliet trailer, Beowulf and even Once Upon a Time in Mexico. Juno Reactor soundtracks have also been played during baseball, basketball, and gridiron football games, the Japanese Grand Prix, and appear on the PlayStation 2 games Jet Moto 3 and Frequency, as well as the Xbox game Mad Dash Racing. Juno Reactor also scored the entirety of the Mark of Kri game.


The name Juno is the name of an Ancient Roman goddess. In this fashion, Juno Reactor symbolizes a "powerhouse of the ancient religions". One of the band's logos is actually a form of the symbol associated with the asteroid Juno.
The title of the album Beyond the Infinite could be a reference to 2001: A Space Odyssey, and the sequence "Jupiter and Beyond the Infinite". This may be related to the several occurrences of their sampling of this movie on the Transmissions album.

The Golden Sun of the Great East

Masters of the Universe (CDS)