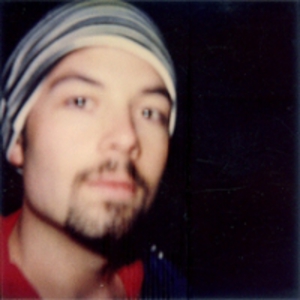 Ambient-techno multi-media group comprising of James Lumb (composer/producer) and various other players. They are most noted for drawing crowds in the tens of thousands worldwide and for the variety of analog instruments played live. Electric Skychurch front man James Lumb stands as an innovator in the electronic music and rock scenes. Since the early 1990's, James produced Electric Skychurch concerts as narrative multi-media events featuring performers, musicians, visual imagery, and cutting edge technology.

James Lumb created Electric Skychurch as a vehicle for his imaginative, groundbreaking music in 1989. In addition to a series of successful LPs, he's produced hundreds of live concerts, appeared in and scored for feature films, television, theatre, and radio productions. He is also an accomplished public speaker.

In 1995, James Lumb left Ron Howard's Imagine Films to work full time on his music, releasing the classic Narrative-Electronic LP "knowoneness" in the summer of that year. The next album, "Together", went to #1 on the CMJ RPM charts for 20 weeks straight!

Keyboard Magazine credits James Lumb with coining the term electronica, when describing his music as a combination of electronic and exotica. In 1999, Electric Skychurch was featured in the feature film Better Living Through Circuitry. In 2005, Electric Skychurch was ?shortlisted? for a Grammy for The Erlking, a remix of Schubert's classical composition The Erlking (Elf King).

James Lumb and Electric Skychurch have performed thousands of concerts around the globe for millions of fans, sometimes taking the stage as a dynamic solo performer, and other times leading a large, eclectic band of musicians, singers, and visual artists. He continues to play huge underground and mainstream events alongside artists like Beck, Underworld, Orbital, The Orb, Infected Mushroom, Tiesto, Paul Oakenfold, The Streets, Digital Underground, The Crystal Method, and hundreds of other groundbreaking acts.

In addition to music, James is an accomplished journalist, writer, photographer, and technology developer. Currently, he serves as the Tech Editor of NYC's Big Shot Magazine.