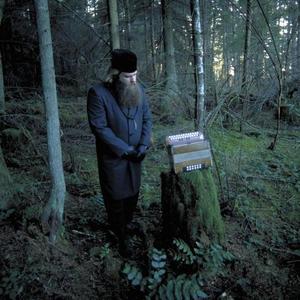 One of the original innovators in the ambient/trip-hop movement, Tranquility Bass' Mike Kandel submerged for most of the '90s before finally issuing his debut album in 1997. Kandel grew up in Chicago but moved to Los Angeles in the early '90s; inspired by his hometown's acid-house ideals, he formed the Exist Dance label in 1991 with Tom Chasteen and began producing classic ambient-house singles like "They Came in Peace" (available on Mo'Wax's original Headz compilation) and "Mya Yadana" (from the influential first volume of the Excursions in Ambience series).

After Chasteen left Exist Dance in 1993, Kandel released a label compilation named Transmitting from Heaven but then disappeared to a remote island off the British Columbian coast to begin work on his debut album. Two years later, after trip-hop's influence had spread far and wide, he emerged from seclusion with Let the Freak Flag Fly, an album that reconciled his electronic fantasies with elements of psychedelia, funk and blues. A bit too trippy for its own good, however, the album wasn't received as well as Kandel's earlier recordings. - John Bush

See: Tranquility Base for the trance group.