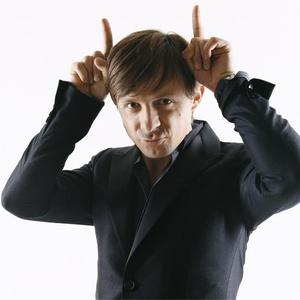 Martin Solveig was born Martin Picandet in 1976. According to the Hello Songfacts, he chose his pseudonym as an homage to the French actress Solveig Dommartin. At the age of 13, he got his first turntables and that influenced him to take up a career in electronic music rather than the classical music he was learning. He started his first residency at Paris's leading club Le Palace with the support of Claude Monnet.

Martin Solveig then moved to another famous Paris nightclub Les Bains Douches where he worked with famous DJs such as Todd Terry, Roger Sanchez and Bob Sinclar. His popularity further increased with the Pure parties at the Queen Club either as a DJ or as an art director.

He started producing at an early stage of his career. Through his own Mixture label, he released two 12-inch singles, "Heart of Africa" and "Come With Me". These singles combined dance music with musicians playing traditional instruments. Bob Sinclar then asked him to join the Africanism project combining African music and electronic music. He later released the "Edony" single which received airplay worldwide.

In 2002, he released the album Sur La Terre, which contains both "Heart of Africa" and "Edony". The album was released internationally through Universal Music. Another notable track on the album is "Linda" where he plays tribute to Fela Kuti and Serge Gainsbourg. The album was released in 2004 in the US. In 2003, he worked with Salif Keita on "Madan" which made the charts across Europe, notably France, Italy and Greece. "Rocking Music", which features a punk rock guitar riff (and also known for having Justin Timberlake style vocals), has also made the top 40 in Australia in February 2004. "Madan" and "Rocking Music" have both been featured in his second album, Suite. Following singles included "I'm A Good Man", and "Everybody".

Do It Right (CDS)

That's Not Me Intoxicated (CDS)

The Night Out (EP)