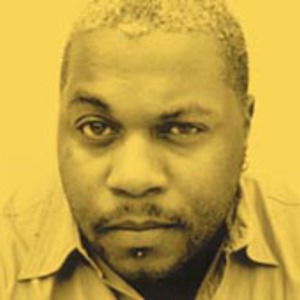 Born and raised in the western suburbs, Derrick was into music from a young age, but during his teens Chicago?s house scene sucked him in for good. Before long Derrick became a strong presence in Chicago?s underground dance scene. "When I got my driver?s license at 16 my sneak ability was validated," he laughs. "I was a fierce bedroom jock for a long time. After you mix for the love of it for six or seven years, you get it pretty tight and you can take it on the road." Derrick got by working at dance?music specialty stores like Gramaphone and gigging at parties.

Though he doesn?t spin much locally anymore, when he does he attracts large crowds. Derrick?s sets are rooted in house, but he freely travels outside club tastes, seamlessly incorporating old?school disco, soul, jazz, and whatever else catches his fancy. Most of the time Derrick works in Europe, where he?s become a major celebrity among dance?music aficionados. And the money?s a hell of a lot better there. "It?s hard not to laugh on the occasions when you?ll make 20 times what you make in Chicago on a Saturday night, but here are also times when you do it just for the fun, like at home. So many people come up to me and say, ?Man, I had the worst day. My girlfriend left me, I locked my keys in my car, but you turned me for two hours, and that made me able to get up in the morning.? That?s the best thing going."

In 1988 Derrick, fellow DJ Mark Farina, and friend Chris Nazuka released an EP as the group Symbols & Instruments. The record had a strong influence on the burgeoning ambient techno movement in England. While it wasn?t a commercial success, it established Derrick as an international figure in the dance?music underground. Since then he?s been involved with a number of recording projects, firstly his solo project Sound Patrol under whom he released his first album ?Sweetened ?No Lemon? which exuded a soulfulness and low?key grittiness that resonated beyond the infectious grooves and made a departure from the machine?like quality of the dance music fare of the time.

Since then the pioneering, innovative tracks and consequent critical acclaim have marked Derrick out as one of the most important players in dance music. Most notably through his more recent releases on Classic. His first release was as Rednail with ?I Think of You?, followed by N? Pschidt and Hope under his own name. N? Pschidt combined woven scatting with sleepy minimal beats on ?Dreaming Again? and skilfully cast his own low, sexy drawl over his trademark Carter grooves to form ?Boompty Boomp Theme?, described by Seven magazine as ?without doubt the slinkiest and downright funkiest track I?ve heard for a long time.? Derrick?s latest Classic release ?Hope? is again causing a storm amongst DJs and press alike and his Classic album is eagerly awaited and expected for release sometime within the next year.

Derrick Carter is most definitely bringing the Boompty Boomp back to the dance floor!

The Many Shades Of Cajual