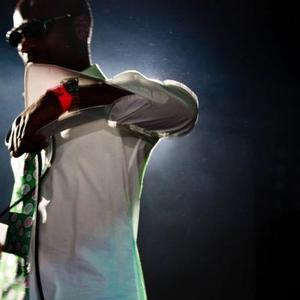 Using the Green Velvet moniker to make his singularly twisted, funk-flecked house and techno hybrid, it was as Cajmere that he made his first musical mark back in the early 90's after ditching school half way through a post-grad, chemical engineering degree at top-notch US college Berkeley. Up until then, music had been a hobby fueled by cobbling together tracks on a "sixty buck keyboard, a cheap four-track and a cheap drum machine" while still an undergraduate at the University of Illinois.

In 1992, after surviving on cheese sandwiches and maximizing credit limits, Cajmere finally made an imprint on the dance community with his infectious experiment, "Coffee Pot" (It's Time for the Percolator) ? Clubhouse Records. Then he moved on to more complex musical and lyrical arrangements with songs like Lidell Townsell's "Get With U" (Mercury Records).

The Cajmere and Dajae collaboration resulted in a #2 Billboard Dance Chart and International dance hit - "Brighter Days". It was at this point that Cajmere decided to start Cajual Records. Having his own label gave Cajmere the autonomy to attain his goal of developing a sound that was representative of Chicago. Later that year, he formed the sub-label Relief Records, mostly for instrumental tracks by himself and others. The label gave birth to his first Green Velvet production 'Velvet Tracks'.

When he emerged as the flamboyant, neon-haired Green Velvet to front mid-90's hits like 'Preacher Man', 'Answering Machine' and 'Flash', the shock-waves reverberated throughout house and techno scenes the world over. This elaborately garbed, lyrically wild creature scored a direct hit, putting his hometown back on house music's production map.

Jones has since brought his DJ stylings around the globe, playing house and techno under his Cajmere and Green Velvet monikers. In addition to DJ sets, he hit the road with his live show, performing original tracks in front of crowds numbering in the tens of thousands.

"I've always been quite shy and introverted in a way," says Jones. "So it was weird getting up on stage and doing the Velvet thing. It's just quite strange that I'm doing what I'm doing now." Recent stops have included Exit Festival (Serbia), Awakenings Festival (Netherlands) and T in the Park (Scotland).

In 2009, Green Velvet's production made waves in the dance music scene yet again with ?Everybody Wants?, this time collaborating with rap-songstress and fellow Chicago native Kid Sister. The club hit was swiftly followed up with ?Turn It UP?, which features powerhouse production duo Santiago & Bushido.

2010 will see the release of a new Green Velvet album with an exciting guest list that includes Afrojack, De La Soul, Diplo, Kid Sister, Santiago & Bushido, Tommie Sunshine and more. With a new Cajual Records residency in Chicago??Green Velvet & Friends'?also to launch this year, the imprint of this artist remains fresh with the help of his network of DJ buddies from around the world.