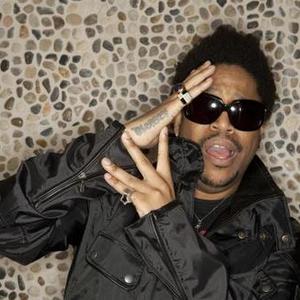 Felix da Housecat (born Felix Stallings Jr. on , 1971 in Chicago, Illinois) is a DJ and record producer. He was born in Highland Park Hospital. Felix is a producer and DJ mostly known for house music and electroclash. Felix is regarded as a member of the second wave of Chicago house. He entered the dance music elite not only via his recordings (under a number of aliases, including Thee Maddkatt Courtship, Aphrohead and Sharkimaxx), but also for his ownership of Radikal Fear Records, one of the premiere Chicago labels of the 1990s.

Felix is regarded as a member of the second wave of Chicago house. He entered the dance music elite not only via his recordings (under a number of aliases, including Thee Maddkatt Courtship, Aphrohead and Sharkimaxx), but also for his ownership of Radikal Fear Records, one of the premiere Chicago labels of the 1990s.

Beginnings
Living in Chicago as an up and coming graffiti artist, the young Stallings was perfectly located to develop a keen interest in the emergent House music scene, which found its hub in Chicago. While a student at Rich East High School in Park Forest, Illinois in the mid-1980s, a chance introduction to Acid House pioneer DJ Pierre gave 15-year-old Stallings his break, and under the patronage and guidance of Pierre, he released his first single, "Phantasy Girl," in 1987.

Also in 1987, Felix gave up house music to go to Alabama State University to study media and communication. While he was there he soaked up all the music of the era, including Prince, A Tribe Called Quest and Gang Starr. At that point, he even started dabbling in hip hop and R&B tracks, both sounds and genres he continues to check and surround himself with today.


1990s
However, Stallings' quite religious parents disapproved of his growing interest in the club scene, and discouraged the development of his talent. After graduating from high school, he left Chicago and music entirely to attend Alabama State College. After losing interest in House for a few years, Felix decided to rejoin the business. With the help of DJ Pierre, he began producing and mixing again. By 1992, he had a hit with the single "Thee Dawn" on Guerilla Records. He became particularly popular in Europe, and the following year's "By Dawn's Early Light" and "Thee Industry Made Me Do It" cemented his reputation. At the age of 15, Felix collaborated with Pierre on the classic track "Phantasy Girl" as Pierre's Pfantasy Club. Not only a key record of that era of dance music, it also signaled the start of a friendship and music mentoring that remains to this day. In the early 1990s, Felix and Pierre helped pioneer the 'wild pitch' sound with tracks like "Thee Dawn".

Shortly afterwards Stallings formed Radikal Fear Records, and it was not long before the label became one of the foremost House labels in the world, releasing cuts from Mike Dunn, DJ Sneak, and Armando as well as Felix himself and many others. During 1995, he released his debut full-length Alone in the Dark (as Thee Maddkatt Courtship) on Deep Distraxion, followed by Radikal Fear compilation, The Chicago All Stars and a mix album entitled Clashbackk Compilation Mix. Another LP, Metropolis Present Day? Thee Album, followed in 1998. In 1999, he returned with the summer electro single My Life Musik which formed part of a new label deal with London Records. It also signaled the start of studio history with his school buddy Tyrone 'Visionary' Palmer, who would later sing on Slam's seminal single This World. The album, I Know Electrikboy however, remains something of an anomaly. Due to internal label politics, the album never saw the light of day in the UK or US, although some finished copies have mysteriously made their way into the market.


2000s
Back in the 1990s, Stallings continued releasing records at a prolific rate; the next year brought his first album as Aphrohead. 2001 saw the release of Kittenz and Thee Glitz, a critically-acclaimed LP that gained Felix mainstream exposure and worldwide coverage in dance music and fashion circles, and has often been mentioned as one of the pioneering releases of the electroclash movement. At the end of 2001, Felix won Best Album at the now-defunct Muzik Awards, beating the likes of Daft Punk that day. The ensuing fame brought Felix widespread popularity and remix work for superstars like Madonna, Britney Spears and Kylie Minogue. The proper follow-up, Devin Dazzle & the Neon Fever, didn't arrive until 2004, but Stallings released a pair of mix albums, 2002's Excursions and 2003's A Bugged Out Mix, in between. Devin Dazzle, however, really caught the mood of the moment in clubland. Not only did he resurrect Vanity 6 ? the all-girl group seen in the 1984 Prince flick ?Purple Rain' ? with his own girl group, Neon Fever, he also managed to encompass DFA-like disco-punk (James Murphy guests on ?What She Wants') along with his more familiar ?80s reference points, while ?Watching Cars Go By' and ?Everyone Is Someone In LA' are, respectively, near-perfect club and disco punk tracks. The former was remixed by Armand Van Helden and Sasha while the latter again tipped its melodic ear to Prince, this time the purple one's classic 'All The Critics Love You in New York.' Meanwhile, Tyrone Palmer, who sang on ?My Life Muzik', delivers the album highlight ?Ready 2 Wear', which was released as the last single with remixes from Paper Faces, AKA Felix's friend and confidante Stuart Price, just ahead of his production work on Madonna's 'Confessions' album. A self-confessed Felix fan, Sasha received a Grammy nomination for his remix of "Watching Cars Go By", which was later featured on Sasha's own 'Involver' album.

Felix also collaborated with P Diddy on the pair's 'Jack U' single and was also exclusive producer for his upcoming dance album, although the project has yet to see the light of day. The pair remain friends to this day, with Diddy performing alongside Felix at Space in Ibiza in 2005 and Felix performing at Diddy's after-party for The Main Event at this year's Winter Music Conference. But if you listen to Diddy's recent single 'Last Night' and wonder if Felix had a hand in it, you're right: it's just that his contribution wasn't credited. "He got me good," said Felix in a recent interview for Mixmag. "I told him that to his face. But he's a great guy and genuinely does love electronic music."

Various remixes of "Silver Screen (Shower Scene)" were used in video games such as Midnight Club 2, and SSX 3, and numerous movies including Kiss Kiss, Bang Bang. His song "Rocket Ride" was featured in the game Need for Speed: Underground 2. "Everyone Is Someone in LA" was featured in Tony Hawk's American Wasteland. His songs have also featured in TV shows from The Sopranos to Entourage and Silver Screen featured prominently in the party scene in Robert Downey Junior's 2005 movie 'Kiss Kiss Bang Bang.'

Felix's album, Virgo Blaktro and the Movie Disco, was released on , 2007. The album has 16 tracks and was released in the US on Nettwerk Records. Production was overseen by Felix's Atlanta friend Dallas Austin, who acted as executive producer for the record.

"Future Calls The Dawn" was released on , 2007 on Wall of Sound/PIAS with "Sweet Frosti" featured as the B-side. "Sweetfrosti" contains a sample of Devo's "Snowball", originally released in 1981.

Since then, he's released his first Global Underground compilation GU 34 'Milan', his first for the Newcastle-upon-Tyne compilation and club label. The compilation is split into 'Milanfuck Rock Europa' and 'Fuck Rave (Americas)' sections.

Felix also teamed up with Kris Menace to release the Track "Artificial" in June 2008.

In 2009 Felix released He Was King, via Nettwerk Records. The album pays homage to artist like Prince and is heavily steeped in the elctrohouse touchstones Felix is known for. While he conceived He Was King as an "electronic pop" record, many of the songs on the album are straight up house bangers. Tracks like "Elvi$" and "LA Ravers" - which do not feature guest singers - are beat driven tracks aimed directly at the dancefloor.

I Just Want To Be A Lesbian

He Was King (CDS)