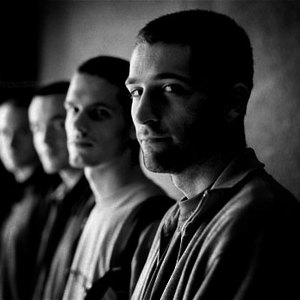 C2C was born in 1998 from the meeting of 4 French Dj's: Greem, Atom, Pfel and 20Syl. Members of an emerging movement called scratch music (or turntablism), this crew keeps working on finding original sounds and knows how to benefit from its technical control to put forward some musical quality which makes its identity. Each member uses his turntable as an instrument, recreating in turn drums or bass guitars, scratching a riff of guitar or shearing the brass... to lead to a general harmony such as bands made up of instruments known as "traditional".

C2C has obtained in September 2006 its fourth DMC team world champion title in a row. With their previous victory in 2003, 2004 and 2005 they achieve a historical quadruple and break DJ Craze's records, the only Dj that has made it 3 times in a row until today... This crown is in fact the result of a keen upstream work: while taking part regularly in competitions, they make progress and make a clean sweep of the best ranks as they also won ITF 2005 team world Champion title and hip hop World Challenge title. pfel, the last Dj getting in the crew, round off this prize list by his collection of trophies won in solo competitions (DMC, ITF). This rise leads them in parallel to perform all around the world with Q-Bert, A-Track, DJ Kentaro, The Scratch Perverts or DJ Vadim. Exploiting at the very maximum human as well as material possibilities (mixers effects, feedback, larsens...), the show presented on tour is out of breath for the listener. The denseness of sequences is cut by technical parts meant to underline individual performances. Routines give way to live compositions mixing turntables of one, machines of another finish brilliantly with the 6 minutes sets having made them champions of the world four times in a row!

On the creation side, the quartet excels too and particularly in realizing pieces intended for producing. Thanks to their various experiences and after a long soundgrubbing work, they launch out a whole series of breakbeats entitled Flyin' Saucer (3 volumes to date) including several own innovations. A recent proof of their qualities in this field: 20syl and greem, respectively Mc and DJ of the band called Hocus Pocus, invited the two others C2C Djs to take part in its new album 73 Touches (on and on records). This collaboration has just led on a track completely played with turntables. They're now working on their first album which will lead them to a further step in their artform.