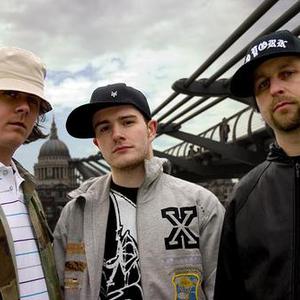 The collective split for a short period in 2000, then reformed with just 3 members; Tony Vegas, Prime Cuts and DJ Plus One. The other members did not reform due to artistic differences, and have gone on to pursue individual projects.

The Scratch Perverts are generally acknowledged as some of the finest and most influentual turntablists ever. They have contributed countless techniques and pioneered radical innovations in developing the skills and possiblities that can be achieved on a turntable. As a team, they have won two consecutive World DMC Team titles; Prime Cuts also won two consecutive World ITF titles, and Plus One won the World DMC Champion and World Vestax Champion titles. Having become so dominant, they have now retired indefinitely from competition.

Now after winning all there is to offer on the competition circuit they have now began to produce their own music. Their take on hip-hop is going to be used in the broadest sense. Describing hip-hop as being a celebration of all kinds of music just by its very nature the Scratch Perverts forthcoming releases will not be of a typical hip-hop style. They have gained influences from past masters Kool Herc and Afrika Bambaataa to present day acts such as Dillinja, Red Hot Chilli Peppers, and Aphex Twin.

The Scratch Perverts are also notable within the field of turntablism for their adoption of the drum and bass music of their native UK, which now features heavily in their DJ sets. As recording artists, they have also collaborated with drum and bass producers Ed Rush and Optical (artist) to produce the track 'Get Ill'.

Although they have retired from battling, they still continue to DJ; holding a residency at Fabric in London, and regularly playing festivals and club nights around the world.

They previewed two tracks off their forthcomming album through a 2 track limited edition vinyl only single.