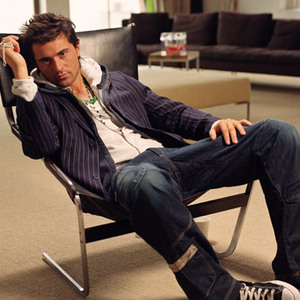 (1) Soft-pop singer from Scotland
(2) Neo-progressive rock band from Germany
(3) A psychedelic artist from the U.S.
(4) French house artist from France.
(5) A pseudonym used by Renard.

(1)
Darius Campbell (born 19 August 1980 in Glasgow, Scotland of Persian descendants) is a songwriter, platinum recording artist and acclaimed West End stage actor, well-known from the British TV hit show Pop Idol, from which American Idol was born. His first, self-penned single, "Colourblind", entered the UK singles chart at number one, and his debut album went platinum under the guidance of Grammy-winning U2 producer Steve Lillywhite. Darius has had five UK Top Ten singles and he is managed by Simon Fuller. In 2006 he ended a second successful West End run in the musical Chicago playing Billy Flynn, and 2007 will see him star as Sky Masterson in the musical Guys and Dolls.
Darius Danesh's professional career began playing a ten-year-old Trojan boy in the Scottish Opera's avante garde 1990s production of The Trojans. As a teenager he then toured with the Scottish Opera in a critically acclaimed production of Carmen. After performing at the Royal Opera House in Covent Garden, Darius faced the first of many career cross-roads. He chose to return to his studies in lieu of training his rich baritone voice for an Operatic career.

While studying English Literature at Edinburgh University, a chance audition and promise of a record deal led Darius to fame on the television show Popstars. After reaching the final stages, Darius went on to audition for the show that was in a sense its successor, Pop Idol. He got through to the final rounds of Pop Idol, ultimately placing third. However, he turned down Simon Cowell's million pound offer to sing cover songs,[3] and instead sent a self-composed track to his favourite producer in the hope of creating something original. Grammy-winning U2 producer Steve Lillywhite signed him to a five-album deal. In the summer of 2002, "Colourblind" became Darius' first number one single and that Christmas, his self-penned album "Dive In" went platinum.

Over the next two years, Darius would go on to support Shakira in Paris on her World Tour; complete his own sell-out UK tour; become an Ambassador for the Prince's Trust; contribute to the War Child charity album[5] with Coldplay and Oasis; write a no. 6 Sunday Times Best Seller book, "Sink or Swim"; and headline in India with Alanis Morissette after his album went platinum there.

After receiving news that his father was diagnosed with terminal cancer, Darius wrote and dedicated his second studio album to Dr Booth Danesh, the man he calls his "hero". In 2005, the album's title-track "Live Twice" became Darius' fifth Top Ten single. Amazingly, father Booth not only lived to see his son perform it at the Royal Albert Hall, but fought and beat his cancer into remission, echoing the song's lyrics.

(2)
DARIUS is a German band formed in December 1989 in Germany, the band is rooted in such bands as PINK FLOYD, SAGA and MARILLION among others.

The band was formed by - Marcus Arnrich / drums, Markus Getta / guitars, Tom Mueller / bass, Dirk Bovensiepen / vocals and Sven Martin / keyboards, and with this lineup they release their debut album "A Poet's Soliloquy" in 1994.

This first album is promising but it's evident that they required some practice because the sound is a bit amateur, with a clear Fish era MARILLION which is enhanced by the voice of Dirk Bobvenspen which is very similar to the tall Scottish vocalist.

It's not until 1997 that he band releases their second album "Voices from the Crowwd" which represents a great evolution since their debut, pay special attention to the secoind half of the album that is dedicated to an Egyptian tale, so we are talking about a semi conceptual album.

In 1999 the band releases their last and only live album called "Somewhere Alive in the Crowd" which contains excellent material from their previous albums and a cover version of Kayleigh by MARILLION.

(3)
Not much is know about "Darius"(AKA Robert.J.Ott)Other than he was a psychedelic artist from the late 60's and early 70's in U.S. He only recorded two albums("Darius")and the unreleased album "Darius II"

(5)
A pseudonym used by Renard.
Darius' first album 'Ergosphere' was released on August 26th 2011 on http://lapfoxtrax.com/, and reached #2 recent top seller on Bandcamp in two days.

Garage Sale of the Soul

Voices From The Crowd