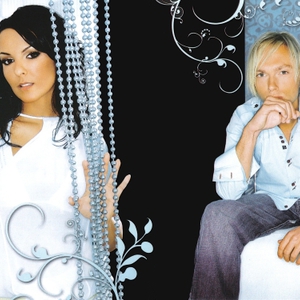 Milk Inc. is a dance band from Belgium. The current members are: Linda Mertens, (born 20th July, 1978) Regi Penxten, (born 4th March, 1976) [keyboards, producer] Filip Vandueren The beginning: In 1996, the band started as a studio-project of 3 young, talented producers: Regi Penxten, Ivo Donckers & Filip Vandueren and released an EP on the underground label of Dance Opera. In 1997, the song La Vache reaching #21 in UK (although completely unnoticed in their homeland Belgium), started it all.

In 1996, the band started as a studio-project of 3 young, talented producers: Regi Penxten, Ivo Donckers & Filip Vandueren and released an EP on the underground label of Dance Opera.

In 1997, the song La Vache reaching #21 in UK (although completely unnoticed in their homeland Belgium), started it all. Because of the huge success of this song in France, the French label Hottracks of Scorpio Music released the song under the group name "La Vache", so people could remember it. The vocals were done by Jade 4 U (aka Nikkie Van Lierop). In October 1997, the single Free Your Mind followed.

In February 1998, and still under the name "La Vache" and with the new vocalist Ann Vervoort, the single Inside Of Me was released followed by the album Apocalypse Cow in March and the huge hit In My Eyes in December. "In My Eyes" climbed the Belgian charts quickly and reached #2 though it did not find any success in France and it was the last release in France for Milk Inc. At this point, the band name were changed to be "Milk Inc.".

In April 1999, in Belgium, the single Promise was released and reached #3 on the Belgian charts. The Belgian version of the album Apocalypse Cow came out in May, more than a year later than the French release.

In April 2000, the new single Walk on Water was released and reached #1 on the Belgian charts. In September, Ann Vervoort left Milk Inc. to start her own record label. She was replaced by Linda Mertens. In November, the album Land Of The Living was released. The first single was Livin' a Lie.

In May 2003, their new single called Time was out (reached #10 on the Belgian charts). In August, they announced they would make a cover of a song from The Sun Always Shines On TV. The videoclip was shot in France on the 14th September (reached #5 on the Belgian charts). In October, their brand new album Closer was released. It contained 14 songs including I Don't Care; a duet between Linda and Silvy de Bie (from Sylver). Blown Away was the only instrumental song on this album. Regi appeared for the first time on a Milk Inc. song singing a ballad with Linda in the last track Maybe. In November, Milk Inc. performed in Poland.

In 2004, the new single from Milk Inc. was I Don't Care. The video was shot at Club Atmoz at Hasselt. The new single jumped to #3 in the Belgian charts at the end of March. The follow-up was entitled Whisper, and in October it peaked to #1 in Belgium. The same month, Milk Inc. released their first DVD in Australia. It contained 18 videos, as well as an acoustic set of 5 songs (I Don't Care, Oceans, Walk on Water, Don't Cry and Maybe, recorded especially for this occasion) and a few extras.

In May 2006, the new single Tainted love (a cover version of the famous hit) was released (reached #7 on the Belgian charts). The fourth album Supersized was out in September. It was called after the mega-concert at the Sportpaleis in Antwerp. It included the hit songs Whisper, Blind, Go To Hell, Tainted love, and 8 brand new songs + 1 bonus song. The next single was Run (reached #7 on the Belgian charts). The next Milk Inc. single was No Angel. The video clip was shot live during Milk Inc. Supersized concert.

In 2007, they earned a golden record for their album Supersized. Milk Inc left their former records company to enter ARS. Their new single Sunrise was out on the 22nd of June. Milk Inc.'s latest single Tonight is still charting very well. It peaked at #6 so far.
The next album is planned for Spring 2008.