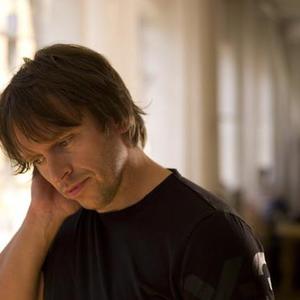 Chicane is an electronic music act, and the guise of British musician, composer and record producer Nicholas Bracegirdle. He was born on February 28th 1971, in Chalfont St Giles, Buckinghamshire. Chicane is known for the singles "Offshore", an Ibiza dance anthem included in many compilations in both chill-out and dance versions; "Saltwater", which featured vocals by Clannad member M?ire Brennan and is one of the most well-known and popular singles of the trance genre; and the UK number-one hit "Don't Give Up"...

Chicane is known for the singles "Offshore", an Ibiza dance anthem included in many compilations in both chill-out and dance versions; "Saltwater", which featured vocals by Clannad member M?ire Brennan and is one of the most well-known and popular singles of the trance genre; and the UK number-one hit "Don't Give Up", featuring vocals by Bryan Adams, which became a top ten hit on singles charts across Europe.

Far from the Maddening Crowds, Chicane's debut album, is still considered a seminal release among the trance music community, while the second album, Behind the Sun, was certified gold in the UK. In 2007, after the hindrance of an ultimately unreleased album in the intervening time, Somersault was released on Bracegirdle's independent record label followed shortly after by a re-release of Far From The Maddening Crowds which included a new mix of Offshore (Offshore 2007)

In addition, Bracegirdle also worked under the aliases Disco Citizens, producing a handful of less radio-friendly, vocal-less tracks with a stronger progressive house sound. Working with singer Vanessa St. James and producer Mr. Joshua, Bracegirdle was part of the Mr. Joshua Presents Espiritu project, known for the song "In Praise of the Sun", released with both English and French vocals. Nick has also gone by the name "Rebel Transcanner" to produce a remix of Tomski's "14 Hours To Save The Earth." Nick Bracegirdle has also used the alias Sitvac to produce a one-time single, "Wishful Thinking."

While having trained in classical guitar and piano at an early age, Bracegirdle's earliest influences in electronic music came from melodic composers such as Jean Michel Jarre and Vangelis, and synthpop pioneer Vince Clarke; a further influence was the dance hit "Anthem" by the house music group N-Joi. all this convinced him to pursue the creation of melodic dance music, and by the age of 12 he was making music in recording studios and sending demos to record labels.

Eventually, Bracegirdle founded his own record label, Modena Records, which holds the rights to all his songs and licenses them to other labels for release and distribution. A partnership with Leo Elstob produced the first Disco Citizens single, "Right Here Right Now", in 1995, as well as the first Chicane single, "Offshore", in 1996. "Offshore" would be the first of Chicane's many releases on independent UK dance music record label Xtravaganza Recordings, then-newly founded by DJ and Bracegirdle's college friend Alex Gold. It reached #12 on the UK Singles Chart (and #1 on other UK-based charts compiled by Mixmag, Record Mirror, and others), the top 40 in multiple European countries, and #5 on the US Billboard Hot Dance Music/Club Play charts in 1997 upon re-release. Its inclusion on numerous Ibiza-themed trance music compilation albums (such as Caf? del Mar) attest to its popularity in the nightclubs on the island, one of the worldwide epicenters of dance music.

'Sunstroke', the follow-up single, attained similar popularity and chart numbers. A third single, "Offshore '97" (a separate item from the re-release of "Offshore") was actually a mashup of "Offshore" with the vocal track from the Power Circle song "A Little Love, a Little Life", mixed by producer and DJ Anthony Pappa. Originally a bootleg, it was turned into an official release, credited to "Chicane with Power Circle".

Following these releases, the first Chicane album, Far from the Maddening Crowds, which included new songs and multiple versions of the previously-released singles, was released in September 1997. Additional singles that followed were "Lost You Somewhere", the Benelux release "Red Skies", and the non-album single "Strong in Love", for which Bracegirdle used vocals by British singer Sylvia Mason-James (after discovering that she was the vocalist on the Paul Oakenfold/Steve Osborne remix of "Lemon" by U2) and first collaborated on production with Ray "Madman" Hedges (producer for B*Witched and Boyzone).

1999 saw the release of "Saltwater", a song based on M?ire Brennan's vocals from "Theme from Harry's Game" by the Celtic band Clannad. This song was also used on one of the Belfast City advertisements broadcast in 2005-2006 across regional channels. The version of the vocals used in "Saltwater", however, was a new recording by Brennan herself. It surpassed all previous Chicane singles, reaching #6 on the UK charts and #1 on all five major UK dance charts.

After producing a radio remix of Bryan Adams's "Cloud Number Nine", Bracegirdle offered Adams the vocal position on the song "Don't Give Up". The vocals Adams recorded were subsequently heavily processed through a vocoder so as to play down his rock music vocal style; in fact, the vocal credit was initially not publicized when the single was sent to Pete Tong's BBC Radio 1 program Essential Selection. On the show, Tong made the song his first "Essential New Tune" selection of the new millennium. It was also Chicane's biggest hit, debuting at #1 on the UK charts (and notably replacing "American Pie", Madonna's #1 single of the previous week), reached #3 on the US dance chart and #1 on Australian and Russian charts, and made other charts across Europe as well.

The subsequent album Behind the Sun was certified gold by the BPI, while "Don't Give Up" was certified silver. Two other singles were released off the album?the double A-side "Halcyon" / "No Ordinary Morning" and a dramatically remixed version of "Autumn Tactics"?but neither was as successful as the preceding releases.

In 2002, Bracegirdle co-wrote two songs on Cher's album Living Proof, including "Alive Again", which was released as a single in Europe only. The 2002 edition of the Formula One video game included the songs "Sunstroke", "The Drive Home", and a remix of "Nagasaki Badger".

For the next two years, Bracegirdle became engaged in a lawsuit with Xtravaganza, which ended in Chicane's departure from the label and its signing with WEA for the release of a third album, Easy to Assemble. Originally scheduled for 2003, the album's release was preceded by the lead single "Love on the Run", followed by a promotional single, "Locking Down". After promotional copies of the album were distributed, however, Easy to Assemble was not commercially released as expected?though over the following year, the official Chicane website was periodically updated with messages announcing further delays towards a still-expected release.

More recently, biographies, interviews, and publicity have stated that the album's release was outright prevented due to an Internet leak and bootlegging of the promotional album. It was also revealed that Bracegirdle had left Warner following its 2003 sale to Edgar Bronfman, Jr. and was planning an independent release at the time.

Eventually, April 2006 saw the release of a new single, "Stoned in Love", on Globe Records through Universal Music Group, featuring singer Tom Jones on vocals. (Press Release). At the time of the announcement the song was also played twice by Pete Tong.

The track received substantial UK TV promotion in the run up to the week of release, featuring utterly live performances on Friday Night with Jonathan Ross, The New Paul O'Grady Show and a semi-live performance on BBC's now defunct Top of the Pops. Jones and Bracegirdle were also interviewed on Channel 5 News; When asked in the 5 News interview where he had been since "Don't Give Up", Bracegirdle replied that he had been "basically stuffed" by the internet bootlegging of the album Easy to Assemble.

In February 2007, Chicane departed from Universal as well; according to the official website, all new material will now be released through Modena itself. The follow-up single "Come Tomorrow" was released on 16 July 2007, followed by the fourth album, Somersault, a week later on 23 July 2007. Bracegirdle has entirely self-financed these initial independent releases, as well as subsequent live performances. On 4 May 2007, the Cicada remix of "Come Tomorrow" was played on Radio 1 by Pete Tong.

On 25 August 2008 Chicane released "Bruised Water" with Natasha Bedingfield. Promotional copies of the track were made available, with remixes from Mischa Daniels and Adam K. Following the leak of his 2003 album, Chicane now employs Web Sheriff in order to prevent links to pirated material, such as this single and other tracks from his upcoming album, from being posted on various blogs and websites. In October 2008, Chicane released a new Best Of compilation, which features all their hits, along with a new track called Wake Up, which is a collaboration with Keane.

Chicane's fourth studio album "Giants" is set to be released on August 1 2010 (September 7 2010 in The Netherlands). The first official single off the album will be "Middledistancerunner" featuring Adam Young.

Everything We Had To Leave Behind (Back Pedal Brakes Remixes) CD2

Everything We Had To Leave Behind (Back Pedal Brakes Remixes) CD1

Everything We Had To Leave Behind

Behind The Sun 2020 Anniversary Mixes