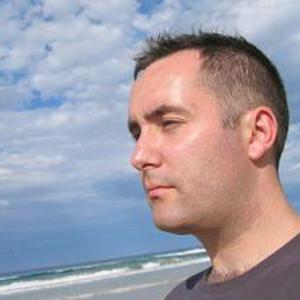 The Thrillseekers Steve Helstrip has been at the very forefront of the global dance scene for over 7 years now. From his breakout hit 'Synaesthesia', through to the anthems 'Dreaming of You' and most recently 'By Your Side', he has continued to produce a powerhouse of the most emotive, evocative music going. He has remixed for luminaries such as Tiesto, Timo Maas, Sonique and Chicane, lending them all his trademark melodic, euphoric sound.

Steve Helstrip has been at the very forefront of the global dance scene for over 7 years now. From his breakout hit 'Synaesthesia', through to the anthems 'Dreaming of You' and most recently 'By Your Side', he has continued to produce a powerhouse of the most emotive, evocative music going. He has remixed for luminaries such as Tiesto, Timo Maas, Sonique and Chicane, lending them all his trademark melodic, euphoric sound.

Steve has enthralled crowds the world over with both his Thrillseekers Live and DJ sets. The Ministry, Gallery, Gatecrasher and Godskitchen have all born witness to his fluid mixing, unique style and highly energetic performances. It's these sets that saw him crack the DJ Magazine's ?Top 100 DJs' chart for the first time in 2004, and more recently break the top 50, coming in at no. 45, in Oct 2006.

Steve started out making electronic music while working for the computer games developer, Manic Media. Whilst living in Chipping Norton, on the Oxfordshire border, with a relatively basic home studio he constructed the trance milestone "Synaesthesia". Signed and released by Neo Records in 1999, at the height of the trance boom, it went on to sell over 12,000 copies on its initial UK release.

With its vibe on the subtler side of the genre it took more than a year to fully realise its own potential however. Its road to full-blown chart success was assisted in no small part by Paul van Dyk. He took the record and gave it a six month long, gig in, gig out battering. 2000 saw PVD sign it to his own Vandit label, remix it and with the inclusion of a vocal from Sheryl Dean it entered the UK top twenty in Feb 2001. As a standalone track it has rocked a million clubbers hearts across hundreds of countries. It still appears in a huge cross-section of DJ's all time top tens today.

Whilst still closeted in Chipping Norton, Steve took it upon himself to learn the art of DJing. It was initially born purely out of a desire to see how his records worked in the mix with other tracks, and as a tool with which to improve their properties for the DJ. This quickly turned into a desire to see them, first hand, fire up a floor. Realising how, in the ever changing world of dance music, DJ'ing was starting to go hand in hand with production, Steve began to apply even more energy to perfecting the skill. It was around this time that he was approached by Neil Stacey who had just opened his Connected DJs Agency. Neil was also more than aware of the rapidly expanding desire from punters to see their production heroes DJing. Within six short months Neil had Steve playing at the biggest and most influential clubs on the planet. From Gatecrasher to the Gallery, on to Passion and the Ministry, he has delighted clubbers with his pinpoint mixing and passionate performances.

Steve was always one for quality over quantity and whilst other trance producers belted out one sound-a-like track after another, he focused on creating a catalogue he would still be happy with in 20 years time. Following "Synaesthesia" came "Dreaming of You" which was released on Ministry of Sound's Data label and in the UK alone, featured on 14 compilations. From there it would be over a year before Steve produced another Thrillseekers track.

'NewLife' was originally passed to Ferry Corsten in December of 2003 when Steve went over to The Netherlands to co-produce 'Sublime' ? the opening track on Corsten's Grammy Nominated ?Right Of Way' album. Ferry smashed it as an exclusive for six months driving demand through the roof. It was around this time that Steve decided to add another string to his bow with the opening of his own label, Adjusted Music. 'NewLife' was the first release and to date it has been compiled on to 15 compilations worldwide. Adjusted's second and forth outings were the in-demand re-releases of 'Synaesthesia' and ?Affinity' (which was originally released under his Hydra moniker). As well as releasing his own tracks, Steve focused on bringing in new talent to the label. He inked both Evolve's ?Safe to Dream' (ADJ003) and Deep Voices ?Alone Again' (ADJ005) to Adjusted. His remix of the former showcasing for the first time a deeper, more housey slant to his production. This musical shift ignited fully with the release of his forth single ?By Your Side' in 2006. Featuring the vocals of Gina Dootson, it brought with them a more thought-provoking, lamenting edge to Steve's music.

Any biography of The Thrillseekers would be far from complete without mentioning his side-projects and collaborations. Immediately following the success of ?Synaesthesia' Steve went on to launch a new moniker for MOS subsidiary, Incentive. En-Motion was born and with it came "Truth" in 2000 and "Getting Away with It" in 2002. In the adjoining years he also pushed forward partnering in collaborations with Andy "Pulser" Perring as Insigma ("Insigma'/'Open Our Eyes"/"Avalon") and with ATCR owner Tim Stark under the name Rapid Eye ('Never Going Back'/"Circa-Forever"/"Stealing Beauty"/'Santa Cruz'/'Absolut').

Steve's remix career started pretty much the same day as "Synaesthesia" was promoed. Since then he has revamped, remapped and reshaped in excess of thirty other artist's tracks. From Sonique to Sholan, from Tiesto to Timo Maas (twice!) and from Chicane to Cequenza, he has lent them all his awesomely melodic, electronic touch.