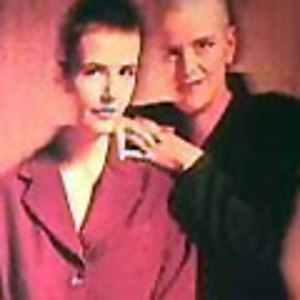 There is more than one Banderas. British and American. Only one group is currently active and making rocktacular music. 1. Dune buggy pirates with their grappling hooks aimed at the monolith. Banderas is a rock n' roll ensemble comprised of such celebrated modern day folk heroes as Jeremy Constantinople, Jesse James Ramsey, Cu Silvio, T.R. McHenry, and Donkey. A swaggering, sexual tyrannosaurus unleashed upon the juke joints and the speak easies. It's a big dirty world.

It's a big dirty world.

Banderas is a big dirty band.

Banderas formed in '05 after the constraints of the member's previous local Cincinnati bands fell to the wayside of musicianship and natural evolution. the results are what has been coined "dune boogie" a blend of get out and dance garage rock, swaggering desert tinged stoner rock, and everything else grandiose along the way.

Spending the first year honing their craft live, Banderas shows became things of cult legend. Stories quickly surfaced of the band's line treading nature and thier ability to figuratively and literally set the local bars on fire. Banderas found themselves in high demand and became a go to group to open for established touring acts and the headliners for the Poison Room's Toxic Fest as well as Cincypunk VI. The buzz culminated in late '07 to Banderas winning the Cincinnati Entertainment Award by local newspaper Citybeat for best local hard rock band, an award they have thus far been nominated twice for.

2008 arrives with Banderas entering the David Lynchian landscape of Candyland Recording Studios armed with the studio wizardry of Jim Turner and Mike Montgomery and recording the full length album "Beast Sounds and Parlour Tricks" a 12 verse paean dedicated to the city at night and all of the things that reside in it. From the swaggering hell raising of songs like "Alligators in the Palisades" and the tongue in cheek come-on of "$50 Pyramid Scheme" to the lonely hotel regret of "Ground Out Heel" the album covers, start to finish, all aspects of those night time feelings and characters you meet on way. With the imminent album release and the plan to extend their reach to all neighboring territories and beyond, Banderas is sure to be another shining example as to why Cincinnati is wellspring of musical talent.

The flags are up, sound the gongs.

2. Banderas was a female duo of the early 1990s that was signed to London Records. The group was an offshoot of Jimmy Sommerville's band The Communards, and featured one of his female backing musicians Sally Herbert, along with shaven headed singer Caroline Buckley.

The band is mostly remembered for its hit single "This Is Your Life", which peaked at #16 in the UK, and was written with songwriter Roger Swallow, as well as the Top 40 album Ripe; whilst follow up singles "She Sells" and "May This Be Your Last Sorrow" failed to build much momentum for the group, and their work was short lived.