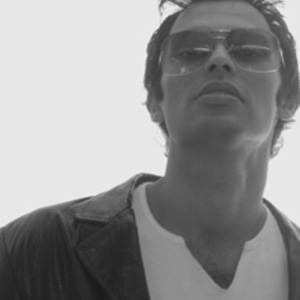 The group's story started in 1985, when William Naraine, Franco Amato and Andrea de Antoni began their artistic collaboration. In 1991 the boys met the producer Roberto Zanetti and their success was immediate. In December of the same year, Please Don't Go was recorded. The song was released in January 1992 and it was an instant hit. Double You began touring all across Europe and appeared in many TV shows around the world. They became the phenomenon of the world dance scene.

With more than three million copies sold, Please Don't Go earned many gold and platinum records in such countries as : Germany, France, the Netherlands, Spain, Belgium, Switzerland, Austria, Greece, Turkey, East-Europe, the whole of Latin America (no country excluded) and many states of Africa and Asia. The record also sold in North America (top ten maxi sales), in Israel (# 12 ), and in the UK (n? 2 on the Cool Cuts Chart). After all, Please Don't Go was the most danced song in 1992.

The second single We All Need Love definitely confirmed the world-wide success of Double You. This song was recorded in June 1992, during a European tour. It reached the top of all the world charts in a short time (for example # 2 in Israel). After this second single, the first album followed: We All Need Love, which put together such songs as :

Who's Fooling Who the third single - was released in September '92 closing a year of successes. it reached # 12 in Israel.

Why (Let's Make It Christmas) double you interpreted this song together with the original composer and singer of Please Don't Go: Harry Casey, professionally known as "KC". the song was launched on the market before Christmas 1992.

Looking At My Girl this song was a great success in the whole of Latin America, particularly in Brazil, where it stayed at the top of all the charts for three consecutive months. The other songs, collected in the album, are : Drive, Walking On The Chinese Wall, You Are My World, Going Back, With Or Without You. at the end of 1993, the recording of the second album, the Blue Album, started. these singles followed:

Missing You the song that preceded the release of the second album. It had success in Germany, the Netherlands, Italy and the countries of Latin America.

Part Time Lover the second single was a great success all over Europe, particularly in France (where the group appeared in the most important European show for pop-dance music: Dance Machine-Bercy, where also many well-known groups were present : East 17, Ace of Base, New Kids on The Block, Culture Beat, 2 Unlimited, Haddaway and so on) and in Germany, where Double You participated in all the most important shows. It reached # 1 in Israel, being Double You's biggest hit there to date.

Heart of Glass : it met with outstanding success in Spain and in eastern Europe

Run to Me : a big hit in the Netherlands, Spain and the USA. The song gave the group the possibility of starting their first tour in north America (1995). They performed in such cities as Miami, Daytona, Orlando and other towns along the east cost.

The biggest surprise for the group were the extraordinary sales in Brazil. In a short time, the album sold more than three hundred thousand copies, earning a platinum record and, definitely, confirming Double You's success.

In fact, the group performed in the greatest theatres and concert-halls in Brazil: "Metropolitan" (Rio de Janeiro), that has seen such great artists as Diana Ross, UB40, James Brown, Peter Gabriel, Tears For Fears and so on, "Olimpia" (San Paolo), where many famous artists perform: Sting, David Bowie, Toto, Simple Minds, Sinead O'Connor,Peter Gabriel, Alanis Morisette. The tour was an unprecedented success for a dance group.

In less than three months, the group performed sixty-four shows, establishing a record of attendance for a single dance artist : more than 350 000 people ! so, a real Double you-mania was born.

In 1995 a new single Dancing With An Angel came out. On this occasion, the group added the voice of the singer Sandra chambers. In Italy the success was overwhelming! the group was present at the greatest summer shows, consecrating Dancing With An Angel as the hit of summer 1995. A long Italian tour began, lasting eight months. The song was also a great success in many foreign countries: Switzerland, Australia, Israel and Latin America, too. in the meantime, another song was released : Because I'm Loving You. The single was released in many versions, very different from each other. It was a big hit in Spain, Italy, Israel (where it reached # 19), and Brazil and one of the most aired on European radios.

At the beginning of 1996, Andrea de Antoni left the group to undertake his own artistic career. In this period, Double You was in great demand in Brazil ; so the new tour started. Here they performed in the most important concert-halls of the country. The group dedicated the album Forever to all their Brazilian fans. this new album was produced 50% in Italy and 50% in Brazil. It was released only in that country, selling one hundred and fifty thousand copies. In three months, it was awarded a gold record. a high point was the big show in Uberaba, in front of a crowd of 50 000 spectators.

A single was released the same year, in Brazil only, under the label Spotlight. It was entitled If You Say Goodbye.

After two years' rest, spending in the studio to create new songs for their next album, in spring 1997 the new single comes out. It is untitled Somebody.

2000 : Double You released a track called Music (Is The Answer). It was followed by a 2001 remix of the hit Please Don't Go. A best of album called Studio Live was released the same year in Brazil.

2002 : Double You is back ! They released a single entitled Dance Anymore. He had worked with Memi P. and Ryo S., produced and performed with other projects such as T-Factory (he contributed to the song Message In The Bottle, which had a lot of success worldwide). The same year, his voice was featured by Love Solution for the track I'll Be Over You.

2003 : Double You did a remake of Bryan Adams' hit I Do It For You. The band toured in all the main Brazilian cities. In May they did shows in the South and Southeast, including a great presentation in the Olympia of S?o Paulo. Then they went to Bel?m, Macap? and Manaus.

2004 : in March William Naraine contributed to Vanni G's single All My Illusion. In october he appeared once again on the next single I Say Yeah. He also took part to a remix of the single by Promise Land vs Netzwerk Memories, sung duo with Sandy.

William's voice was featured by Dj Ross for the single Get Up, under the project name DJ Ross vs DY.
There follow up single is called "Beat Goes On"

Everything I Do (CDM)

Because I'm Loving You (Maxi)

Dancing With An Angel