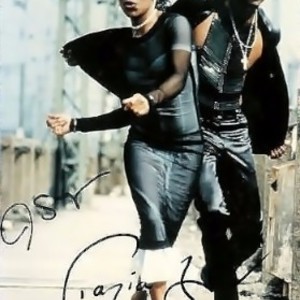 Culture Beat is a German Eurodance act fronted by lead singer Tania Evans and Jay Supreme and produced by Torsten Fenslau (died 6th November, 1993 in a car accident, age 29). While Lana Earl was the first singer for the group, Tania Evans replaced her in 1993, thus being featured on all of the group's most well-known hits. Other members of the act included composer/guitarist Juergen "Nosie" Katzmann, Jenz Zimmermann and keyboardist Peter Zweier. The group was founded in 1989 by Torsten Fenslau.

Their biggest hit "Mr. Vain" topped the UK charts in 1993 and was one of the biggest hits across Europe that year (it hit #1 on the Australian ARIA chart in 1993, and #17 on the U.S. Hot 100 the following year). Later hits "Anything," "Got To Get It" and "Inside Out" were at the time very successful, but are no longer as memorable. A line-up change at the end of the 1990s (Frank Fenslau replacing his brother and joined by Peter Graber) wasn't as successful but a re-recorded version of their most famous song was a top 10 hit in Germany in 2003. A greatest hits package was released.

Crying In The Rain (Remix) (MCD)