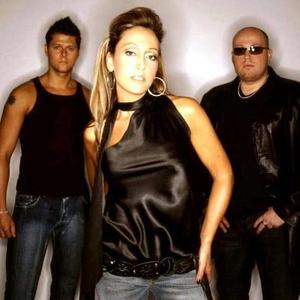 N-Trance are an eclectic British Eurohouse/techno group, formed in 1990. N-Trance have had several hit singles of which their biggest include "Set You Free", "Stayin' Alive" and "Forever". The group was founded by Dale Longworth and Kevin O'Toole in Oldham, England in 1990. Other members have included Kelly Llorenna, Rachel McFarlane and Richard Lyte (Ricardo Da Force). Longworth and O'Toole met at The Oldham College, both being aspiring sound engineers. They initially began producing instrumental dance music together, going through a variety of names before finally adopting N-Trance.

The group was founded by Dale Longworth and Kevin O'Toole in Oldham, England in 1990. Other members have included Kelly Llorenna, Rachel McFarlane and Richard Lyte (Ricardo Da Force).


Longworth and O'Toole met at The Oldham College, both being aspiring sound engineers. They initially began producing instrumental dance music together, going through a variety of names before finally adopting N-Trance.

Their early demos, including a rave version of a children's television show, made little impression. Trying a more serious approach with their next song, 1991s "Back to the Bass", N-Trance caught the attention of Pete Waterman as Longworth worked on his TV show The Hitman and Her. Waterman signed the band to his 380 Records label (now known as Eastern Bloc Records).

However, problems with sample clearance prevented the single's release. The band continued to write and record, adding vocalist Kelly Llorenna to the fold for the recording of their next single, "Set You Free". However, N-Trance chose not to release the single with 380 Records, opting instead to buy themselves out of their contract with the label. The band signed with a new label, All Around the World, and released "Set You Free" in early 1993.

The new single and the group's theatrical live performances, which included dancers and flame-throwers, as well as new vocalist Kelly Llorenna and rapper T-1K, propelled N-Trance to prominence in the European dance scene. At first "Set You Free" reached a lowly chart position of 82 in the UK Singles Chart, however, it was re-released in April 1994 and became the group's first top 40 hit, reaching no. 39.

"Turn Up the Power", featuring Loveland vocalist Rachel McFarlane, followed in October of the same year and sold considerably more copies, reaching no. 23.

Following the sudden increase in the group's popularity, they were pressured into a second re-release of "Set You Free". This time the track peaked at no. 2 in the UK chart, and was to become the highest selling dance single of 1995 - selling over 600,000 copies in the UK alone, and also charting in continental Europe and in Australia. "Set You Free" has since gone on to be one of the most remixed songs ever, with over forty mixes available.

The group recorded their first full-length album, Electronic Pleasure, in November 1995, which featured seven of the group's ever-expanding roster of vocalists (including David Grant), and musicians such as Vinny Burns and Snake Davis. Similarly, N-Trance's musical range expanded, embracing rap, disco and other styles in its scope.

The group's next single, a surprising cover of the Bee Gees hit "Stayin' Alive", was not only a massive international hit, but also featured a vocalist who would help define N-Trance's sound in the future, Ricardo Da Force, formerly rapper with The KLF.

Upon its release in the UK it debuted at no. 2, and internationally it became one of the biggest UK exports of 1995, reaching no. 1 in Australia and being top 5 in a number of European charts.

The release of further commercially successful singles, like "Electronic Pleasure", afforded N-Trance the possibility of building their own recording studio, Deep Blue, in 1996. They spent the following year and a half recording their second full-length album, Happy Hour, which was eventually released in 1999.

Hit singles from the album included disco cover versions of Rod Stewart's "Do Ya Think I'm Sexy?" and Ottawan's "D.I.S.C.O.", and the hardcore techno clatter of "The Mind of the Machine", which featured the actor Steven Berkoff.

A best of album entitled Best Of N-Trance 1992-2002 was released in early 2001, backed by a trance remix of "Set You Free" which reached number 7 in October of that year.

In 2005, Longworth and O'Toole reached the Top 10, with the single "So Much Love to Give" released under the pseudonym the Freeloaders.

In October 2006 a new single was announced (with a sample) on the N-Trance website entitled "Nothing Lasts Forever".