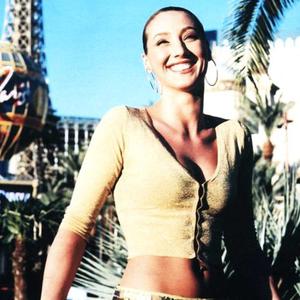 Alice DeeJay is a Dutch dance music group, who achieved success from 1999 to 2001. The group consists of producers Pronti (born Eelke Kalberg), Kalmani {born Sebastiaan Molijn) and DJ Jurgen, with lead singer Judith Pronk and accompanying singers Gaby and Jane. The group released their material on the Positiva label. Alice Deejay launched their career in July 1999 with "Better Off Alone", an accessible and upbeat Eurodance tune.

Alice Deejay launched their career in July 1999 with "Better Off Alone", an accessible and upbeat Eurodance tune. In the UK, the song went platinum and reached number 2 in the UK singles chart. The group also achieved success with the follow-up single "Back In My Life" in November of the same year.

The group's first and, to date, only album is Who Needs Guitars Anyway?, which was released on April 11, 2000. The album contains upbeat, popular dance tracks, and is one of only a handful of dance music albums to enter the Top Ten of the UK albums chart.

The group made the UK Top 20 with three more tracks: "Will I Ever", "The Lonely One" and "Celebrate Our Love", although each single's chart position was lower than its predecessor's one.

The group has not performed publicly since November 9, 2002, when they played seemingly their last gig in Utrecht.

Will I Ever (CDS)