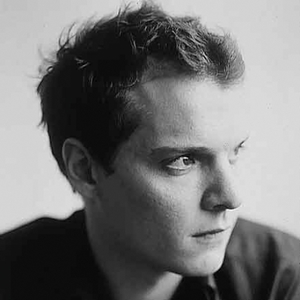 B?nabar (Bruno Nicolini, born June 16, 1969) is a French songwriter and singer, who could be compared to Vincent Delerm and other singers from his generation. As many of them he was influenced by Georges Brassens, Renaud S?chan, Jacques Higelin and also Tom Waits. His songs describe day-to-day life events with humour and a tender cynicism. His songs draw influence from French Chanson and a heavy influence is placed on the piano or the accordion and on typical French fanfare (brass band) for the most upbeat of them.

This genre of music is very typically French and differs from most in that emphasis is placed on appreciation of the lyrics and that it is linked to a specific culture of modern "guinche" (slang for "guinguette") appreciated a lot by Bobos among others.

He began his career in the cinema, working as an assistant on Le Brasier (1991) and directed three short subjects Nada Lezard (1991), Sursum corda (1994) et Jos? Jeannette (1992). He then turned to music, working for some time with his friend Patchol who gave him his nickname (B?nabar being the "verlan" of Barnab?, the name he was using on stage). With "Les associ?s" he sang for several years in small places in France, Belgium, Switzerland before becoming more and more popular after the release of B?nabar (2001) that enabled him to be the opening act for Henri Salvador. He was nominated as a Revelation for the "Victoires de la musique 2003" but did not win it. In 2004, after the successful release of Les risques du m?tier, he won the award for "album "chanson/vari?t?" of the year". His next album Reprise des n?gociations sold better than the previous ones: according to Le Figaro, B?nabar reached number 4 for CD sales in France, with 2.18 million euros sales in 2006. In 2007 he won the awards for "Male group or artist of the year" and "original song of the year" (for Le d?ner).