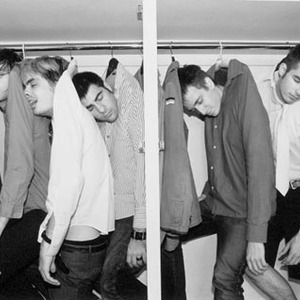 Phantom Planet is a frequently evolving four-piece alternative music band based out of Southern California, Los Angeles, California, United States that achieved fame for its track California, which went on to become the theme song for the popular Fox TV series, The O.C. (now canceled). Phantom Planet also performed a cover of Jackson Browne's Somebody's Baby for Not Another Teen Movie. Big Brat was also introduced in the video game soundtrack, Driv3r (Driver 3). Their first record is a surf-rock collection of tunes reminiscent of The Beach Boys.

Their second is classic rock harkening to U2 and Blur. Their third and most recent album is an amalgam of sounds, described by the band members as "a fight between" bands such as Fugazi, The Who, The Cure, The Flaming Lips, and The Clash.

Phantom Planet are: Alex Greenwald on vocals, Sam Farrar on bass, Darren Robinson and Jacques Brauther (not currently in the group) on guitar and Jeff Conrad, who replaced original drummer Jason Schwartzman after he left to continue pursuing his acting career.

They played their first show ever in 1995 at The Dragonfly in Hollywood. Most of their friends couldn't attend because they were still in high school, while the Dragonfly only serves customers that are 21 and over. Two of the songs they played are featured on the bonus material of the Chicago, Chicagogoing, Chicagogone DVD. Among the songs performed were "My Friend Liz's Dad" (misprinted as "My Friend Liz Is Dead on the DVD), and a cover of the Beastie Boys' 1994 song "Sabotage".

Phantom Planet has appeared on the televison programs "Sabrina the Teenage Witch", Performing So I Fall Again, and "American Dreams", playing British rock band The Zombies. They have appeared in the remake of the feature film The Bad News Bears, playing a band called The Bloodfarts. In 2005 they covered the CSNY track, Our House for the movie The Chumscrubber.

The band is named after the theme song of a 1961 b-movie called The Phantom Planet. They decided on the name in 1994 in a Pizza Hut.

The band has opened for many well-known artists, including Sting, Elvis Costello, Incubus, Guided by Voices, The Hives, American Hi-Fi, Maroon 5, and even Ludacris.

Lead singer and song writer Alex Greenwald became a popular model and the familiar face of many commercials for clothing retailer Gap. Greenwald also played a sociopath in the 2001 film Donnie Darko. Bassist Sam Farrar is the son of John Farrar, the singer/songwriter known best for notable songs from the movie Grease ("You're the One That I Want" and "Hopelessly Devoted to You") and other hits sung by Olivia Newton-John.

The band released their fourth and most recent album in April 2008 called Raise the Dead.

They announced, on November 25th, 2008, that they are on an indefinite hiatus.

"This could be the most difficult piece of news we have ever had to post. Sadly, Phantom Planet will be playing our last show, December 12, at the Troubadour in Los Angeles, the same venue that we played our very first live all ages gig, back in 1994. We have had an amazing time playing together for 15 years, but we have officially decided to go on hiatus, and will not be playing any more live shows or making any new records, indefinitely. There is so much more to write, but at this time, we just want to say thank you, to everyone, for their support, friendship, inspiration, attendance, and love.