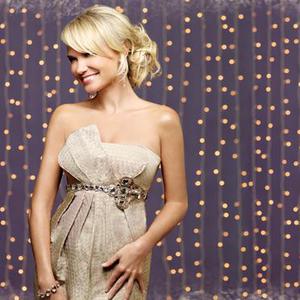 Kristin Chenoweth (born July 24, 1968) is an American soprano and actress. Songfacts reports that she released her fourth album and debut country album kid a on September 13, 2011, Chenoweth was born in Broken Arrow, Oklahoma. She graduated from Oklahoma City University, where she earned a bachelor's degree in musical theater and a master's degree in opera performance. She is a member of Gamma Phi Beta Sorority.

Chenoweth was born in Broken Arrow, Oklahoma. She graduated from Oklahoma City University, where she earned a bachelor's degree in musical theater and a master's degree in opera performance. She is a member of Gamma Phi Beta Sorority. While at OCU, she won the title of "Miss OCU" and went on to win first runner-up in the Miss Oklahoma pageant. She performed at Opryland USA. She won a "most talented up-and-coming singer" award in the Metropolitan Opera National Council auditions, which came with a full scholarship to Philadelphia's Academy of Vocal Arts; she turned down the scholarship when she auditioned and won a part on an off-Broadway show. She also enjoyed watching her boyfriend at the time (professional baseball player Shawn Bryant) pitch.

Chenoweth made her Broadway debut in a production of Moli?re's Scapin starring Bill Irwin, followed in the spring of 1997 by the unsuccessful musical Steel Pier by John Kander and Fred Ebb, for which she won a Theatre World award. The following season, she appeared in the City Center Encores! production of the George and Ira Gershwin musical Strike Up the Band and the Lincoln Center Theater production of William Finn's A New Brain.

During the 1998?1999 season, she performed the role of Sally in the Broadway revival of You're a Good Man, Charlie Brown, sweeping the Tony, Drama Desk, and Outer Critics Circle Awards as the season's Best Featured Actress in a Musical. She then starred in the Broadway comedy Epic Proportions, followed by appearances in ABC's television adaptation of the musical Annie (as Lily St. Regis), and in the leading role of Daisy Gamble in the City Center Encores! production of On a Clear Day You Can See Forever.

In London, she was involved in Divas at Donmar for director Sam Mendes, then appeared in the Actor's Fund Benefit Concert of the musical Funny Girl in New York City.

Chenoweth was a part of ABC's An American Celebration at Ford's Theater with Kelsey Grammer, NBC's Salute to the Olympic Winners, The Kennedy Center Gala honoring Julie Andrews, and an episode of Frasier on NBC. She also starred as Marian Paroo in the ABC television production of Meredith Willson's The Music Man, opposite Matthew Broderick.

In October 2003, Chenoweth returned to Broadway in Wicked, a musical about the early years of the witches of Oz. She was nominated for a Tony as Best Leading Actress in a Musical for her performance as Glinda, but lost to co-star Idina Menzel (as Elphaba, the Wicked Witch of the West).

Chenoweth's role in Wicked also brought the opportunity to co-star in Nora Ephron's 2005 film version of Bewitched. The film's star, Nicole Kidman, had attended a performance of Wicked and was so impressed with Chenoweth's charisma and stage presence that Kidman requested to Ephron that Chenoweth be cast in the film. Chenoweth got the part of Maria Kelly, Kidman's character's friend and personal assistant.

Chenoweth has also performed leading roles at the Goodspeed Opera House and the Guthrie Theatre, and she was chosen by the late Jerome Robbins as the guest soloist in his West Side Story Suite of Dances at New York City Ballet. She also starred in a short-lived sitcom, Kristin, for NBC. It was a mid-season replacement in 2001 that co-starred Jon Tenney, but it was cancelled after only six episodes.

Beginning in the sixth season (2004?2005) of The West Wing, Chenoweth has had a recurring role playing media consultant Annabeth Schott; as of the seventh season she is featured in the opening credits. In 2006, she is scheduled to appear in a remarkable five films including The Pink Panther, R.V., and Stranger Than Fiction. Chenoweth then will star in Asphalt Beach and in a bio-pic of Dusty Springfield.

Chenoweth is a Christian, but was disinvited from a Women of Faith conference in September 2005 because of her positive attitude toward gays and lesbians. She released an album in April 2005 called As I Am that's a mixture of hymns and contemporary Christian music, with arrangements that sound more like adult contemporary.

The Art Of Elegance

A Lovely Way To Spend Christmas