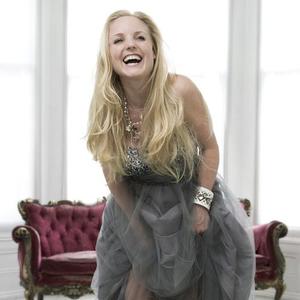 Kerry Ellis is a British stage actress and acclaimed singer with an ever increasing fanbase. She has starred as Elphaba in the West End and Broadway productions of the musical Wicked. Among her notable roles are Fantine in the West End production of Les Miserables and Meat in the original London production of We Will Rock You. Ellis was born in 1979 in Haughley, a small village near Stowmarket, Suffolk, where she grew up with her older brother Andrew. Ellis attended Stowmarket High School and in 1995, she joined the team of Starmakers at the age of 16, with which she was involved until 1997.

Ellis was born in 1979 in Haughley, a small village near Stowmarket, Suffolk, where she grew up with her older brother Andrew. Ellis attended Stowmarket High School and in 1995, she joined the team of Starmakers at the age of 16, with which she was involved until 1997. In 1996 and 1997, as a member of Starmakers, Ellis performed musical numbers such as "Memory" from Cats and "Sun and Moon" from Miss Saigon.Following this, Ellis returned to formal stage training at Laine Theatre Arts.

In 1999 Ellis sang on a recording for Children in Need and did a jingle for Capital Radio. In 2004 she worked with Queen lead guitarist Brian May to record an orchestral version of the song "No-One but You (Only the Good Die Young)", originally a Queen song and featured in the musical We Will Rock You.[7]

In 2000, Kerry became a member of the My Fair Lady cast and became second understudy to Martine McCutcheon for the lead role of Eliza Dolittle, which she got to play on five occasions. During 2000 Ellis also understudied Marti Webb in Magic Of The Musicals.

In 2002, Ellis originated the role of Meat in We Will Rock You, and played this role for two years, making appearances for performances such as "Party in the Park", "Party in the Palace" and Parkinson. Ellis left the cast of We Will Rock You on 17 April 2004 and went on to play Ellen in Cameron Mackintosh's UK tour of Miss Saigon. On 7 June 2005 she joined the cast of Les Mis?rables at the Queen's Theatre, portraying the character Fantine.

In 2006, Ellis joined the cast of West End's new production of Wicked at the Apollo Victoria Theatre, as the temporary standby for Idina Menzel, who originated the lead role. She took the role of Elphaba over full-time after Menzel's pre-planned departure on 30 December 2006. Effectively, Ellis is the first British actress to play the role of Elphaba. For this role, Ellis won "Best Takeover in a Role" at the 2008 Theatregoer's Choice Awards.

On 7 June 2008 Ellis temporarily departed the Apollo Victoria Theatre, where she was succeeded by Alexia Khadime. She transferred to the Broadway production of Wicked with performances starting from 17 June 2008. Ellis replaced actress Stephanie J. Block on Broadway, making her the first Elphaba to transfer from the West End to Broadway. For her run in the Broadway production Ellis won the Broadway.com Audience Award for "Favorite Breakthrough Performance (Female)". Ellis left the Broadway Company on 9 November 2008 and she was replaced by Marcie Dodd.

Ellis returned to the West End production on 1 December 2008 and completed her time with Wicked on 9 May 2009, when Alexia Khadime returned.

On 12 May and 13 2008, Ellis performed alongside Idina Menzel, Adam Pascal and Josh Groban in a special performance of Chess in Concert at the Royal Albert Hall.

Ellis performed her rock version of "Defying Gravity" at the Royal Variety Performance 2008 on 11 December at the London Palladium in the presence of senior members of the Royal family.

Ellis recently worked with Steve Sidwell to produce new recordings of the Wicked songs "I'm Not That Girl" and "No Good Deed". It was expected that a teaser CD of her forthcoming debut album, produced by Brian May in the time since Ellis left We Will Rock You and featuring drum tracks by Taylor Hawkins, would become available in June before she left for Broadway.

The teaser CD was released on 7 July 2008 as Wicked In Rock and features rock versions of Wicked songs "I'm Not That Girl", "Defying Gravity" and a remastered version of her We Will Rock You song, "No One But You". The CD is on sale in London musical shop, Dress Circle, at the Gershwin Theatre and is available on the British iTunes. A limited edition 12" vinyl has also been released to purchase from Dress Circle.

During her time performing as Elphaba in Wicked on Broadway, Ellis recorded a song for Scott Alan entitled "Behind these Walls". This song is featured on his album Keys.

In January 2009, Ellis sang with Mazz Murray and Peter Johansson in the Champions of Rock concert at De Geerhallen in Norrk?ping, Sweden.

In March 2009, Ellis and other West End actors recorded songs for a musical treatment of Terry Pratchett's Only You Can Save Mankind.

On 15th and 16th May 2009, Ellis performed with the Bournemouth Symphony Orchestra alongside Mazz Murray, MiG Ayesa and Ricardo Afonso at the Symphonic Queen Spectacular at the Bournemouth International Centre's Windsor Hall. She is set to perform similar concerts in Weybridge on 1st August and Romsey on 15th August 2009 plus possibly others around the country from July through to September.

Ellis performed with John Barrowman at the Henley Festival on 10 July 2009.

Kerry appeared in OK! magazine on 23rd June alongside Patina Miller talking about "The Great British Songbook" and her time in Wicked.

On June 20, 21, 25 and 26 June 2009, Kerry performed her first solo concerts at The Shaw Theatre, Euston Road, London. The Great British Songbook celebrated the work of many of our leading contemporary composers and lyricists, including Queen, Coldplay, The Feeling and Goldfrapp. The series was devised by Neil Marcus and the Arranger and Musical Director was Steve Sidwell.

Ellis has also done the workshops for Way Beyond Blue, written by Imogen Stubbs and directed by Trevor Nunn and the title role in Helen of Troy, directed by Gary Griffin.

Acoustic By Candlelight (With Brian May)