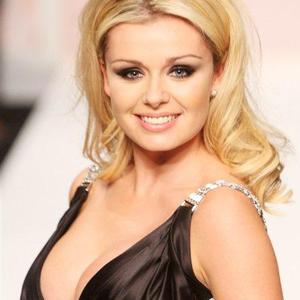 Katherine Jenkins (born 29 June 1980) is a highly acclaimed Welsh mezzo-soprano, a classical-popular crossover singer who has gained an international reputation from her live and recorded performances across a spectrum of operatic arias, popular songs, musical comedy and hymns. In 2004, at the age of 23, she signed the largest record deal in United Kingdom classical recording history, with an undisclosed seven-figure deal.

Jenkins was born in Neath, Wales, where she and her sister Laura were raised by their parents Selwyn John (1924?1995) and Susan. She has twin half-sisters from her father's first marriage, neither of whom she has met.

Six out of seven of Jenkins's studio albums reached number one in the classical charts between 2004 and 2008, selling a total of more than 4 million copies. After her first album, Premiere, made her the fastest-selling mezzo-soprano to date she became the first British classical crossover artist to have two number one albums in the same year. She is also the first female artist to win two consecutive Classical BRIT Awards: her second album, Second Nature, reached number 16 in the UK pop charts and was Album of the Year in the 2005 BRIT Awards.