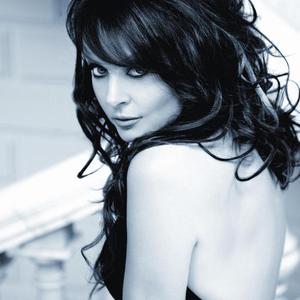 Sarah Brightman (born 14 August 1960) is a British recording artist, actress, songwriter and dancer, largely credited for being a pioneer of Classical Crossover. She sings songs in many languages including English, Spanish, French, Latin, German, Italian, Russian, Hindi, and Mandarin. Brightman has received 160 Gold and Platinum awards in 34 countries and is the only artist to hold #1 spots on the Billboard Classical and Dance charts simultaneously...

Brightman has received 160 Gold and Platinum awards in 34 countries and is the only artist to hold #1 spots on the Billboard Classical and Dance charts simultaneously, her other achievements feature her ranking by the Recording Industry Association of America as the best-selling female classical artist of the twenty-first century and a Guinness World Record for the success of ?Time to Say Goodbye,? the best-selling single in German recording history.

She made her debut as a dancer in troupes such as Hot Gossip and later released a string of disco singles. She was a musical theatre performer and partner of theatre composer Andrew Lloyd Webber, with whom she originated roles including Christine Daa? in The Phantom of the Opera.

After her divorce, Brightman became a crossover artist with former Enigma producer Frank Peterson. Her style, a blend of classical vocals and pop-inspired instrumentation and arrangement, earned her further success.

She is often cited as the woman who paved the way for other international success stories such as Il Divo, Andrea Bocelli and Josh Groban. She is said to be worth as much as ?30m (about US$49m).