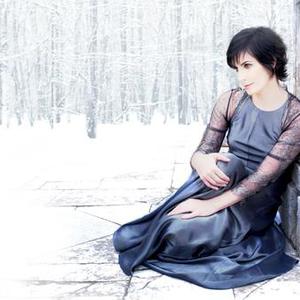 Eithne Patricia N? Bhraon?in (born May 17, 1961 in Gweedore, County Donegal, Ireland), known simply as Enya, is a Grammy award winning and Academy award nominated Irish singer, instrumentalist and composer. She began her musical career in 1980, when she briefly joined her family band Clannad, before leaving to pursue her solo career. Her album Watermark, which was released in 1988, propelled her to international recognition and she became known for her unique sound, which is characterized by voice-layering, folk melodies, synthesized backdrops and ethereal reverberations.

Since then she has released a further nine albums, sold over 75 million albums worldwide and is known for performing in 10 different languages. Enya's vocal range is mezzo-soprano.

Enya was born into a musical family. Her father, Leo Brennan, was the leader of the Slieve Foy Band, a popular Irish show band; her mother was an amateur musician. Most important to Enya's career were her siblings, who formed Clannad in 1976 with several of their uncles. Enya joined the band as a keyboardist in 1979, and contributed to several of the group's popular television soundtracks. In 1982, she left Clannad, claiming that she was uninterested in following the pop direction the group had begun to pursue. Within a few years she was commissioned, along with producer/arranger Nicky Ryan and lyricist Roma Ryan, to provide the score for a BBC-TV series called The Celts. The soundtrack was released in 1986 as her eponymous solo album.

Enya didn't receive much notice, but Enya and the Ryans' second effort, Watermark, became a surprise hit upon its release in 1988. "Orinoco Flow," the first single, became a number one hit in Britain, helping the album eventually sell eight million copies worldwide. Enya spent the years following the success of Watermark rather quietly; her most notable appearance was a cameo on Sin?ad O'Connor's I Do Not Want What I Haven't Got. She finally released Shepherd Moons, her follow-up to Watermark, in 1991. Shepherd Moons was even more successful than its predecessor, eventually selling over ten million copies worldwide; it entered the U.S. charts at number 17 and remained in the Top 200 for almost four years.

Again, Enya was slow to follow up on the success of Shepherd Moons, spending nearly four years working on her fourth album. The record, entitled Memory of Trees, was released in December of 1995. Memory of Trees entered the U.S. charts at number nine and sold over two million copies within its first year of release. In 1997 came the release of a greatest-hits collection, Paint the Sky with Stars: The Best of Enya, which featured two new songs. Enya's first album of new material in five years, Day Without Rain, was released in late 2000. In 2002, she contributed material to the first film in Peter Jackson's award-winning Lord of the Rings trilogy, scoring a hit with the single "May It Be." Amarantine, her first full-length recording since Day Without Rain, followed in November of 2005, and has so far sold nearly five million copies.

(Much of the above content of this biography has been taken from http://www.allmusic.com/cg/amg.dll?p=amg&sql=11:0ifoxqe5ldhe~T1.)

After the September 11, 2001 attacks, her song "Only Time" (from A Day Without Rain) was used as a backdrop in many radio and TV reports about the attacks. She initially frowned upon this use, especially when many bootlegged versions of "Only Time" mixed with sound effects from the attack began to appear.

Enya eventually agreed to release a special edition of the song with funds going to the families of victims. Many Enya fans, however, are resentful that her music has been linked with the attacks; an example of this occurred on a 2002 appearance on CNN's Larry King Live when images of battle in Afghanistan were shown on screen as she performed "May It Be", a song with little war connection. This sparked some complaints within Enya's fan community.

Enya is self-admittedly a slow worker when it comes to composing music. As a result, fans have had to wait as long as five years between albums. In September 2004, a new song, set to words from a Japanese poem Roma Ryan had written and called "Sumiregusa" ("Wild Violet") was unveiled in Japan as part of an advertising campaign for Panasonic. In announcing the new recording, Warner Music Japan stated that Enya's next album was scheduled for release (in Japan at least) in mid-November. Enya issued a press release on her official Web site on 19 September stating that this was a mistake and no new album was immediately forthcoming.

Enya was awarded the World's Best-Selling Irish Act award at the World Music Awards in London on 19 November 2006. On February 11, 2007 Amarantine won Enya her fourth Grammy when it was awarded the Best New Age Album award.

In November of 2005, a new album, entitled Amarantine, was released. It won the Grammy Award for Best New Age Album for 2007.

In 2006, Enya released several Christmas-themed CDs with newly recorded material. On October 10, 2006, Sounds of the Season was released containing six songs: the previously released "O?che Chi?in" (a.k.a. "Silent Night") and "Amid the Falling Snow", new recordings of the standards "Adeste Fideles" (a.k.a. "Oh Come All Ye Faithful") and "We Wish You a Merry Christmas" as well as two original songs, "Christmas Secrets" and "The Magic of the Night". This CD was released only in the United States in an exclusive partnership with the NBC television network and the Target department store chain.

In later November two new editions of Amarantine were released. In North America, it was reissued as Amarantine - Special Christmas Edition with a second disc containing the four new Christmas songs previously issued on Sounds of the Season (the original album already had "Amid the Falling Snow" while "O?che Chi?in" is a recording dating back to 1988 which had already been featured on numerous collections). The UK received a deluxe version of this release (Amarantine - The UK Special Edition) which also included three postcards and a copy of Roma Ryan's book Water Shows the Hidden Heart which is referenced on the original album. Canadian fans could choose from the Special Christmas Edition of Amarantine, or an EP entitled Christmas Secrets which only contained the four new songs.

Coinciding with these releases was the relaunch of Enya's official website on Nov. 2, 2006. On November 16, 2006 Enya mentioned on ITV1's that she is working on a new album. A month later, in a Japanese interview Enya said that the album will be a complete Christmas album and it will be released in the winter of 2007. There is no schedule for the release date itself.

(Much of the content of this biography has been taken from http://en.wikipedia.org/wiki/Enya.)

Sounds Of The Season (EP)

Sounds Of The Season (MCD)