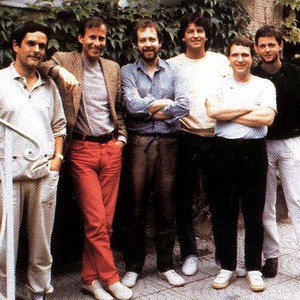 Cusco is a German New Age band named after the Peruvian city of Cuzco. Their songs contain influences from music found around the world. It comprises Michael Holm and Kristian Schultze. Michael Holm had long been fascinated with Cusco, the ancient region of Peru. Being a musician he wanted to show his fascination in the form of a musical tribute to the ancient world of Cusco. He met Kristian Schultz in 1978 and found out that they shared same musical and historical tastes. In 1979, Cusco the band was formed and they soon signed with Higher Octave, a German label.

Some of their music is used as pre-show background music in Epcot prior to IllumiNations: Reflections of Earth, as well as bumper music for the popular American syndicated radio program, Coast to Coast AM .

Ancient Journeys: A Vision Of The New World