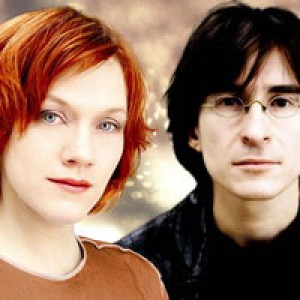 1) Bel Canto (italian translation of "Beautiful Singing") is a Norwegian music duo fronted by Anneli Drecker. Signed originally to Belgian label Crammed, their style has evolved over time from a gothic ethereal sound to synth-based pop influenced by world music. The Band was founded together with Geir Jenssen. He left after the second album in 1990 and pursued a solo career in ambient music as Biosphere.

During the years from 1985 to present (2006) Bel Canto have been taking breaks as Anneli Drecker has pursued a solo career and done concerts with other bands and artists, as well as playing in films and theatre plays. Nils Johansen, on the other hand, has composed music for film and television as well as working and performing with his other band, Vajas.

21 Years after the band was founded they are still active. In the fall of 2006 they continued to do concerts, primarily in Norway.

In 2007 Bel Canto will continue to work together, both by writing new material and by doing more gigs. At the same time both Anneli Drecker and Nils Johansen will also work on other projects.