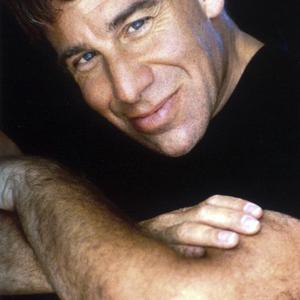 Stephen Schwartz was born in New York City on March 6, 1948. He studied piano and composition at the Juilliard School of Music while in high school and graduated from Carnegie Mellon University in 1968 with a B.F.A. in Drama. Upon coming back to live in New York City, he went to work as a producer for RCA Records, but shortly thereafter began to work in the Broadway theatre. His first major credit was the title song for the play Butterflies Are Free; the song was eventually used in the movie version as well.

Upon coming back to live in New York City, he went to work as a producer for RCA Records, but shortly thereafter began to work in the Broadway theatre. His first major credit was the title song for the play Butterflies Are Free; the song was eventually used in the movie version as well.

In 1971, he wrote the music and new lyrics for Godspell, for which he won several awards including two Grammys. This was followed by the English texts, in collaboration with Leonard Bernstein, for Bernstein's Mass, which opened the Kennedy Center for the Performing Arts in Washington, D.C.

The following year, he wrote the music and lyrics for Pippin and two years later, The Magic Show. Next were the music and lyrics for The Baker's Wife, which closed before reaching Broadway after a disastrous out-of-town tryout tour in 1976. However, the cast album went on to attain cult status, leading to several subsequent productions, including a London revival directed by Trevor Nunn in 1988.

Mr. Schwartz's next Broadway project was a musical version of Studs Terkel's Working, which he adapted and directed, winning the Drama Desk Award as best director, and contributed four songs to the score. He also co-directed the television production, which was presented as part of the PBS "American Playhouse" series.

Next came songs for a one-act musical for children, The Trip, and a children's book, The Perfect Peach. He then wrote music for three of the songs of an Off-Broadway revue, Personals, and lyrics to Charles Strouse's music for Rags.

In 1991, Mr. Schwartz wrote the music and lyrics for the popular Children of Eden, book by John Caird. He then began working in film, collaborating with composer Alan Menken on the scores for the Disney animated features Pocahontas, for which he received two Academy Awards, and The Hunchback of Notre Dame. He also provided songs for DreamWorks' first animated feature, The Prince of Egypt, for which he won another Academy Award for the song When You Believe. Mr. Schwartz provided music and lyrics for the original television musical, Geppetto, seen on The Wonderful World of Disney.

In 2003, Schwartz returned to Broadway in earnest, as composer and lyricist for Wicked, a musical based on Gregory Maguire's novel Wicked: The Life and Times of the Wicked Witch of the West, which uses L. Frank Baum's Oz characters as a base for a tale of two witches. Schwartz won a Grammy Award for his work as composer/lyricist and producer of Wicked's cast recording.

Ironically, Schwartz has won every major award in his field (3 Oscars, 4 Grammys, 3 Drama Desk Awards and a self-described "tiny handful of tennis trophies") except the Tony Award, which his scores have been nominated for numerous times but have never won.

The Prince of Egypt