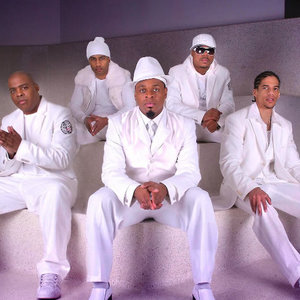 Mint Condition is an R&B band from the Twin Cities. Formed in the late 1980s, its members are lead singer (and in-studio drummer/percussionist) Stokley Williams, bassist Ricky Kinchen, guitarist Homer O'Dell, pianist Larry Waddell, and keyboardist/saxophonist Jeffrey Allen,Keri Lewis (keyboards, synthseizer). The group is well known for its highly diverse musical style (able to play anything from traditional jazz stylings to mainstream R&B and rock-based music to funk grooves and even latin and jamaican-based rhythms) and also its captivating live performances.

Discovered and originally signed to Perspective Records by music producers Jimmy Jam and Terry Lewis in 1989 (after being heard at a performance at a club in downtown Minneapolis called First Avenue), their debut album was entitled Meant To Be Mint (released in 1991). Despite their musical versatility the band attempted to attract New Jack Swing listeners with their dance cut "Are You Free", but it wasn't successful (the song hit #55 on the R&B charts). However, they did enjoy major success with the stunning ballad "Breakin' My Heart (Pretty Brown Eyes)". The song stayed on the charts for 34 weeks, hitting the R&B top 5 (#3), and the Pop Top 10 (#6). Forever In Your Eyes was also successful (#7 R&B). Two years later they released their 2nd platinum album, From The Mint Factory (1993). They enjoyed success with the #2 hit "U Send Me Swingin'", while "Someone To Love" and "So Fine" hit the R&B Top 30. 1996 saw the release of "Definition of a Band". The album hit the R&B Top 20. Some successful singles on this album are: "What Kind Of Man Would I Be" (#2 R&B), and "You Don't Have To Hurt No More" (#10 R&B). Two years later, The Collection: 1991-1998, a greatest hits compilation, was issued.

After Perspective Records/A&M folded, the group signed with Elektra Records in 1999, releasing their fourth full-length album, Life's Aquarium (#7 R&B). It's main single, If You Love Me, hit the R&B Top 5. As the 21st Century came around, Mint Condition was the only R&B/Funk band signed to a Major Record Label. After a six year hiatus, the group resurfaced as a quintet due to former member and keyboard player Keri Lewis leaving the group to produce for other artists, such as his wife, singer Toni Braxton. During the same year, they released Living The Luxury Brown on their independent label Caged Bird Records. The album hit #1 on the Independent Album Charts. Live From The 9:30 Club, a performance of a concert at the 9:30 club in Washington DC, was issued in 2006.

Music at the Speed of Life

Definition Of A Band