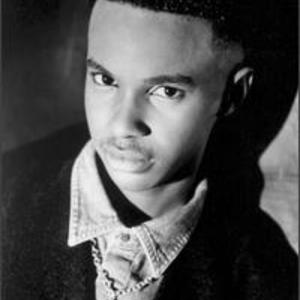 Tevin Jermod Campbell (born November 12, 1976) is a five-time Grammy-nominated American R&B singer-songwriter. Campbell scored a string of R&B chart hits as a teenager in the early to mid-1990s. Campbell transitioned from child singer to adult R&B crooner, and is a recognizable figure in the New Jack Swing genre of music. Born in Dallas, Texas, Campbell was introduced to the R&B by Quincy Jones in August 1989.

Born in Dallas, Texas, Campbell was introduced to the R&B by Quincy Jones in August 1989. Campbell's debut single was "Tomorrow (A Better You Better Me)" which reached number 1 on the Billboard Hot R&B/Hip hop Singles chart in June 1990. It was the lead single from Quincy Jones' critically acclaimed ensemble LP Back on the Block which won the Grammy Award for Album of the Year in 1991. After working with Jones and writers and producers including Siedah Garrett, Campbell worked with producers Narada Michael Walden, Al B. Sure, Babyface, and others to record additional music.

Campbell's first solo hit was "Round and Round", which charted at #3 on R&B charts in November 1991 and #13 on the Billboard Hot 100 in April 1991 was produced by Prince and was featured in Prince's film Graffiti Bridge. Campbell followed the success of his first two singles by releasing his debut album, T.E.V.I.N., in November 1991 which featured the R&B hit singles and Campbell's only #1 Adult Contemporary hit: "Tell Me What You Want Me To Do" followed by:, "Alone With You", and "Goodbye". His second album, I'm Ready released October 1993, yielded the #1 R&B hit and #9 pop single "Can We Talk" in December 1993, "I'm Ready", "Always in My Heart" which charted at #3 on the R&B chart. He also scored a Top 30 hit with "Don't Say Goodbye Girl" on the R&B charts. In September 1994, Campbell also scored an R&B hit with the single "U Will Know" as part of the R&B supergroup Black Men United, a group that also included singer Usher.

The year 1996 saw the release of his third album, Back to the World (#11 R&B). The title track was a success (hitting the R&B Top 20), but additional singles failed to make an impact on the chart. His early 1999 self-titled album was found Campbell venturing into the neo-soul venue. The project was rushed, and as a result charted below the R&B Top 30, with only one single charting, a Top 30 song called "Another Way".

In December 2005, Campbell made his Broadway debut in the role of Seaweed J. Stubbs in the hit musical Hairspray. Campbell is currently still playing in Hairspray.

Campbell returned to the studios in 2006, working with producers Scott Storch, The Underdogs, Krucial Keys, Bryan Michael Cox, Rodney "Darkchild" Jerkins, and Ryan Leslie. The comeback album is waiting to be published and will be released in 2008.

Back to the World