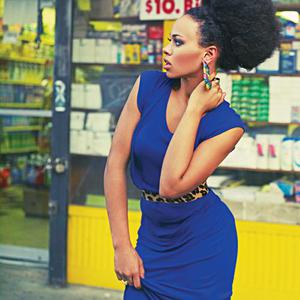 The Not Tonight Songfacts says that Elle Varner was born of two published songwriters, her mother, singer Mikelyn Roderick was a backup vocalist for Barry White and her father Jimmy Varner is a songwriter, producer, and multi-instrumentalist, who has collaborated with Kool & the Gang and Will Downing. Elle spent most of her childhood sleeping on studio couches, running around green rooms, and watching her parents struggle to make a name in the industry. Its no surprise that Varner was singing as soon as she could speak, playing the flute at 6 and the piano at 9.

At age 16, Elle picked up the guitar for the first time and became a part of The Hamilton Academy of Music's Vocal Jazz Group. Once there, she learned about the complexity of the voice, jazz music and talented jazz artists like Ella Fitzgerald. Elle was chosen to be a part of The Grammy in the Schools Mentoring Program. Soon after, Elle was admitted into the second class of the Clive Davis Program of Recorded Music at NYU. Upon graduating, she was awarded "most likely to get signed" and "most likely to win a Grammy." Four years later she finds herself a well-rounded and cultured singer-songwriter.

Currently, Elle Varner is signed to MBK/J Records, a team that recognizes her many talents; from her unique voice complimented by her guitar strum to her potential of becoming one of music's greatest songwriters. A little girl whose deepest comfort was once found in the vibration of the human voice will soon be comforting this world with her highly anticipated debut album.