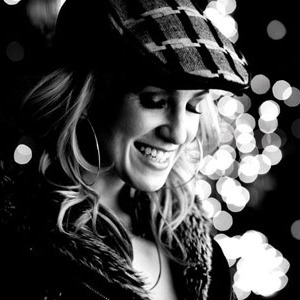 Detroit-bred singer-songwriter MoZella (born Maureen McDonald, 1982) seamlessly blends pop, soul, and jazz into her carefully crafted tales of life and love. Her charismatic vocals and charming personality have earned her the reputation as a fresh alternative to formulaic pop artists. Now based out of Los Angeles, MoZella is releasing a brand new album in July 2012, co-written with motown legend Brian Holland, "The Brian Holland Sessions." Holland wrote over 25 #1 Motown songs.

Armed with nothing but her guitar, the blonde troubadour set out for the West Coast immediately after graduating from high school to pursue her music career. When things didn't develop as quickly as she had hoped, MoZella found herself decorating cakes by day and performing in coffee shops at night. All her hard work eventually paid off, as she was signed to Madonna's Maverick Records in 2004.
Following her Warner/Maverick debut in 2006, MoZella toured the U.S. with the Dave Matthews Band, Lifehouse, Five for Fighting, Daniel Powter, Michelle Branch, and Colbie Caillat. About this time, MoZella's single ?Amnesia? charted on Hot AC across the country, and she performed on radio stations throughout the U.S. Her songs have been featured in several television series including One Tree Hill, Las Vegas, How I Met Your Mother, Bones, Wildfire, Lipstick Jungle, as well as many others. In addition, she wrote and recorded the song ?Amazed,? which was used in a national Mercedes-Benz television commercial. Most recently, her songs have been featured in MTV's The Hills, MTV's The City, Fox's Fringe, Lifetime's Drop Dead Diva, Lifetime's Sherri, ABC's Castle, and ABC's Modern Family. Her song "Magic (Oh Oh Oh)" was used in the Verizon Droid commercial, which instantly became a viral hit on the internet, receiving nearly 1 million views in its first week.
MoZella has continuously stayed focused on finding new ways to further develop her signature, audacious style of songwriting. For the sophmore LP, MoZella enlisted the talents of Jimmy Harry, Tony Kanal (No Doubt), Marty James (One Block Radius), Tim Meyers (One Republic), Sunny Levine, Rune Westberg, and Smidi. Her arrival to her hometown label, Motown Records promises to be her biggest accomplishment yet. MoZella's new album, 'Belle Isle', with it's big hooks, smart lyrics, and infectious beats, is now available through Universal/Motown Records.