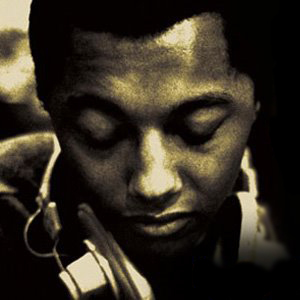 Labi Siffre (born June 25, 1945) is an English poet, songwriter and singer. Born the fourth of five children, at Queen Charlotte's Hospital Hammersmith, London to a Barbadian / Belgian mother and a Nigerian father, Siffre was brought up in Bayswater and Hampstead and educated at a Catholic monastery school, St Benedict's School, in Ealing. Jazz and Blues records provided his musical education: Thelonious Monk, Miles Davis and Charlie Mingus among many. Jimmy Reed and Wes Montgomery loomed large as guitar influences; Billie Holiday, Jimmy Reed and Mel Torm? as vocal influences.

Born the fourth of five children, at Queen Charlotte's Hospital Hammersmith, London to a Barbadian / Belgian mother and a Nigerian father, Siffre was brought up in Bayswater and Hampstead and educated at a Catholic monastery school, St Benedict's School, in Ealing.

In July 1964 he met his partner Peter Lloyd. Under the Civil Partnership Act 2004, they became legally recognised partners when the Act entered into force in December 2005.

In 1978 two of his songs, "Solid Love" (performed by Siffre) and "We Got It Bad" (co-written and performed by Bob James) reached the UK finals of the BBC's A Song for Europe.

His 1987 hit "(Something Inside) So Strong", which reached No. 4, an anti Apartheid anthem and more, has remained enduringly popular and is an example of the political and sociological thread running through much of Siffre's lyrics and poetry since the single ?Thank Your Lucky Star? and the album ?For the Children? (1973). It won the Ivor Novello Award for "Best Song Musically and Lyrically", and has been used in Amnesty International campaigns, a television advertisement and Alice Walker's film against female genital mutilation: Warrior Marks. His stance on civil and human rights has further enhanced his reputation.

His play, "DeathWrite", staged at the Sherman Theatre, Cardiff 1997 was later televised.
For rapper Eminem's hit single "My Name Is," hip hop record producer Dr. Dre wanted to use a sample (written by Siffre and including Siffre on electric piano) of his song "I Got The..." for the rhythm track. Siffre, objected to what he describes as "lazy writing" (in the sleeve notes of the re-mastered CD of the source album Remember My Song): "Attacking two of the usual scapegoats, women and gays, is lazy writing. If you want to do battle, attack the aggressors not the victims".

Eminem and Dr Dre had to edit to get the sample cleared. The original bootlegged version can be downloaded on file-sharing networks.

Searching for expression beyond the "limitations of songwriting" he wrote his first poems in 1984. Three books of his poetry have been published: "Nigger" 1993, "Blood on the Page" 1995 and "Monument" 1997.

His poetry addresses "wide ranging themes of theology, childhood, supposed adulthood, sociology, love, hate, language, critical thinking and the lack of it, communication, various "isms" and the methods by which the mainstream dismisses the marginalised and the dispossessed".

Cover versions:
* Madness covered It Must Be Love in 1981. The song reached #4 in the UK charts and #33 in the U.S. in 1983. Labi Siffre also made a cameo appearance in the music video.
* (Something Inside) So Strong was covered by Kenny Rogers in 1989 (and became the title track to a hit album). The song was also covered by Vanessa Bell Armstrong in 1988 and again by a host of gospel artists as a tribute to Rosa Parks in the mid-90's.
* The Flying Pickets covered the song in their 1994 Album, The Warning.
* Michael Ball also released a cover of the song in 1996, which reached Number 40 in the UK.
* It has also been covered by Rik Waller in 2002, when it was released as a single.
* Fatboy Slim sampled Rosetta Hightower's cover of Labi Siffre's ?A Little More Line? (from his 1970 debut album Labi Siffre) for the song ?That Old Pair of Jeans? on Fatboy's 2006 album ?Why Try Harder?
* Kanye West used a sample of "My Song" in "I Wonder" on his album "Graduation".
* Jay-Z sampled "I Got the"?the same song Eminem sampled for "My Name Is"?for his hit "Streets Iz Watching."
* RJD2 covered "Bless the Telephone" passing it off as his own song "Making Days Longer" on his album Since We Last Spoke.

My Song - For The Children

My Song - Man Of Reason

My Song - Remember My Song

My Song - So Strong

My Song - The Last Songs

My Song - The Singer And The Song

The Best Of Labi Siffre