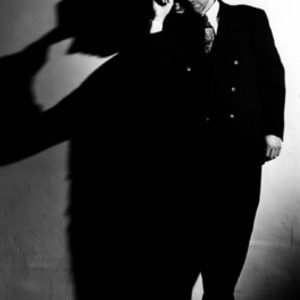 Bobby Caldwell (born August 15, 1951 in New York City) is an American singer, songwriter and multi-instrumentalist who, despite a prolific musical output over his 30-year career, is still best known for his 1978 hit single "What You Won't Do for Love." While he has always maintained a devoted fan base in the United States, a more legendary status has been bestowed upon him in Japan. Early life Bobby Caldwell was born in Manhattan to Bob and Carolyn Franklin, the hosts of Suppertime, an early television variety show.

Bobby Caldwell was born in Manhattan to Bob and Carolyn Franklin, the hosts of Suppertime, an early television variety show. Living in Memphis and, chiefly, Miami (which he has called an influential "dumping ground" for all kinds of music), he took up piano and guitar as a preteen. Forming his own band at 17, he took the group on the road, later recording an album entitled Kathmandu.

Caldwell's first performances were more rock-oriented than the bulk of his career would indicate; early dates had him playing Jimi Hendrix and Cream covers in small clubs.

[edit] Bobby Caldwell (What You Won't Do for Love)

Bobby Caldwell was signed to legendary Miami label TK Records, home to many different kinds of musical acts: the pop-disco of KC & The Sunshine Band, the Latin-flavoured funk of Foxy, the down-home soul of George McCrae and his wife Gwen McCrae, and the futuristic, jazzy disco of Peter Brown and T-Connection.

For this very hot label, Bobby recorded his double platinum-attaining self-titled solo album, scoring hits with the singles "What You Won't Do for Love", "My Flame" and, in Britain, "Down for the Third Time." In order to ensure significant airplay on the African American-dominated R&B radio format of the time, Caldwell's management took certain steps ? such as portraying the artist only in silhouette on the cover and in advertisements ? to hide the fact that he was white. The secret was, for obvious reasons, shattered by his first live appearances.

After the tracks were first recorded and the record was considered "complete," TK owner Henry Stone said that he enjoyed the album but couldn't hear a hit. Attempting to address this issue, Caldwell and his band re-entered the studio, laying down the song's now-familiar rhythm tracks. After he quickly penned a set of lyrics, "What You Won't Do for Love" was born.
"What You Won't Do for Love" in its novelty vinyl incarnation

Reaching the top ten on both the pop (#9) and R&B (#6) charts, the song proved to be a success, though a bit of a surprise one due both to the haste with which it was written and the fact that Caldwell assumed "My Flame", the LP's second track ("What You Won't Do for Love" is the sixth), would wind up as the standout single. The album which contained it was later re-released under the song's title. The single was also marketed in the form of a distinctive red heart-shaped 45-RPM vinyl record (advertised as "the single that gets to the heart of the matter"), now a collector's item frequently seen on eBay. Although the record is heart-shaped, the grooves on the vinyl, of course, are round, even though the sleeve would lead one to think otherwise. (The What You Won't Do for Love album also received a novelty release on yellow vinyl.)

While the original song still receives frequent airplay today, it has been covered, re-made (once, in 1998, by Caldwell himself) and sampled many times since 1978. Phyllis Hyman for her Living All Alone album, Go West's version rose high in the adult contemporary charts, and Boyz II Men's version in 2004, Tupac Shakur's "Do for Love," which samples the lyric, also attained a good deal of popularity. Goldie covered it on his 1998 EP Ring of Saturn (the lyrics were sung by Diane Charlemagne), In 2007 it was given a funky house makeover by Central Avenue featuring Simon Green. In addition, "My Flame" was covered by actress/singer Vanessa Williams for her 1999 Greatest Hits CD and also sampled by Bad-Boy recording artist The Notorious B.I.G. and integrated into the song Sky's the Limit; which was also another major Rap/Hip-Hop hit.Another version is to notice from Ricky Peterson in the 90's.

The Cat in the Hat through August Moon

Caldwell's sophomore period involved the considerable task of following up such a staggering success as What You Won't Do for Love; during this time, his Japanese audience steadily eclipsed his American one. The Cat in the Hat (1980) and Carry On (1982), were artistic improvements upon the first album, but did not match its commercial success. They were, however, bestsellers in Japan -- The Cat went platinum and Carry On gold?and sealed Bobby's reputation as a superstar in that country.

1983 saw Bobby Caldwell put out August Moon, a project bearing a much more rock- than soul-oriented sound, in Japan only; it was released in the United States in the 1990s.
Heart of Mine through Where is Love

Though August Moon went gold, Caldwell subsequently took a hiatus from recording, instead directing his efforts toward composing songs for other performers (and make his own version of this song), most notably "Heart of Mine" for Boz Scaggs, "The Next Time I Fall" for Amy Grant and Peter Cetera, "Janet" for the Commodores, "Niagara Falls" for Chicago, "The Real Thing" for Kalapana and "All or Nothing at All" for Al Jarreau.

Caldwell sold albums at a steady pace throughout the 1990s, producing 1991's Stuck on You, recorded with a sixty-piece orchestra, and 1993's Where is Love, the latter having been recorded with musicians who had previously played with Frank Sinatra and Tony Bennett along with a twenty-four piece orchestra.

During this period, the airplay of his music shifted from the declining R&B radio format to the then-nascent smooth jazz stations. Caldwell is frequently cited as a staple of the genre, with "What You Won't Do for Love" as well as lesser-known singles such as "Real Thing", "All or Nothing at All" (both from Heart of Mine) still featuring prominently on programmers' playlists.

1995 saw the release of Soul Survivor, marking a turn toward coverage of others' songs. Though a handful of originals were present, the album was for the most part focused on, appropriately, soul standards such as "Walk on By" and "Your Precious Love".

He later turned to singing nothing but big band standards and original, yet big band standard-like songs (such as the much-promoted "Tomorrow") on 1996's Blue Condition and 1999's Come Rain or Come Shine. Blue Condition was recorded in real-time, live with a sixty-piece string section and twenty-piece jazz band in the same Capitol Records studios used by such icons as Frank Sinatra, Nat King Cole and Bobby Darin.

In 2005, Caldwell released Perfect Island Nights, his first album of mostly original studio material since 1993. The record features a new version "Rain", a track which made its debut on his second anthology release, Time and Again, as well as versions of Phil Perry's "Perfect Island Night", "Where is the Love" (rendered as a duet with Deniece Williams) and "Our Day Will Come". Guest players include saxophonist George Shelby and percussionist Russ Miller.

Songs penned by Caldwell but performed by others have appeared in films such as 1989's Ghostbusters 2 ("The Promised Land," performed by James "J.T." Taylor, the lead singer of Kool & the Gang) and 1987's Princess from the Moon ("Stay With Me," performed by Peter Cetera).

Due to what Caldwell has cited in interviews a lower cost of use than the original recordings, his versions of big band standards have appeared in several films. Examples include 2002's LakeBoat and 2001's Simone.

Caldwell also composed and performed "Don't Quit," the theme song for Body by Jake's workout video of the same name. He also appears in the associated music video, musically urging an actor portraying a weak young man to engage in weight training in order to defeat the bully of a local beach.

Caldwell's music has been a popular source material for other artists, sometimes of differing genres, to sample. Of the many releases that make use of pieces of Caldwell's work, the following are some of the most prominent:

Aside from a minor role in 1988's Salsa, Caldwell portrayed Frank Sinatra from October 1999 to January 2000 in the Las Vegas stage musical The Rat Pack is Back, garnering positive reviews.

Caldwell resides on a horse farm in NJ with his wife, Mary, and their children.

Bobby Caldwell is presently devoting his time to live performances.

Like several other singers (such as Boz Scaggs, Peter Cetera, and Daryl Hall), Caldwell has attained a great deal of popularity in Japan. In 1992, he received the nation's equivalent of a Grammy as the "best international artist."

His current career reflects his fame in that country. His albums tend to be released in that country before his own, his tours typically include many prestigious well-attended dates at such venues as the Nagoya Blue Note and, in the early 1990s, he married (and fathered twin daughters with) a woman from Japan.

The Japanese soul/jazz group Skoop on Somebody covered What You Won't Do for Love in their album,?undressed?club SOS??.

* In one episode of "New York Undercover" Montell Jordan performs "What You Won't Do for Love".

* "It got to where I could just send the hat to the show and stay home!" - on why he no longer wears his former trademark fedora during live performances
* "The record label went to great lengths to hide the fact that I was white, and I just deferred to what I didn't understand." - on his career immediately post-"What You Won't Do for Love"